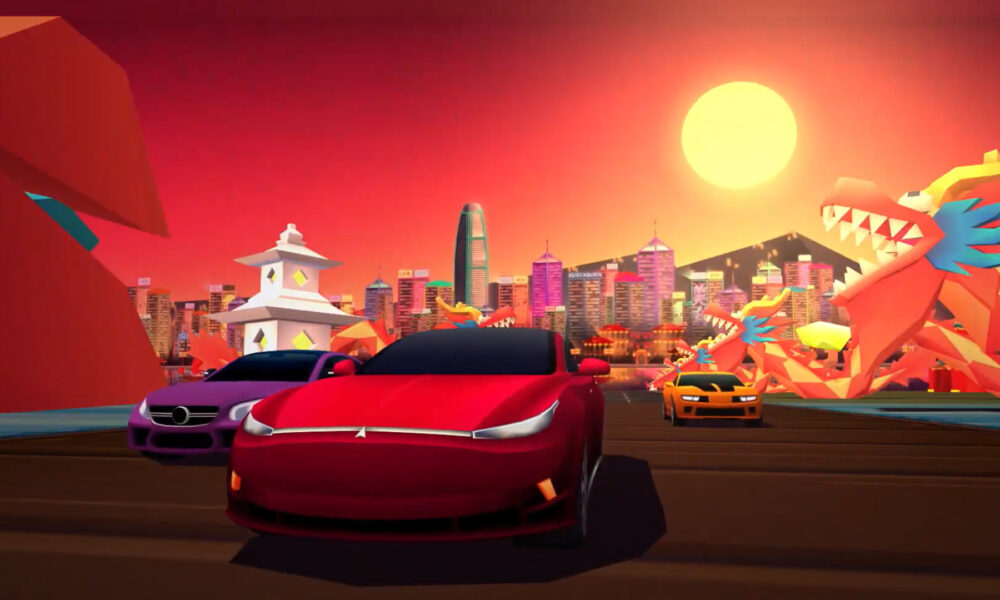 Not to be confused with PC and console games Horizon Chase Turbo Edition, Horizon Chase is the mobile game that originally spawned the franchise. The new China Sprint DLC includes the silent, but fast, Lightning – an electric, futuristic, saloon car. There will also be four unlockable skins for the vehicle.

Also there are nine brand new tracks, all set in China. One of the distinguishing features of Horizon Chase is its unique design theme, and once again, these environments seem to be created with the same unique style.

Track variants are spread across Chengdu, Beijing, Hong Kong and the Great Wall of China.

As always, you’ll be racing past rival cars, leveling up and collecting coins – all in a retro-enthusiast way.

The China Sprint DLC Pack is available for iOS and Android mobile devices as of today (January 24) for $1.99 / €1.99 and sits alongside other optional additions like the Legion Forever expansion and Walker-X pack.

The full game and previous expansions for the Huawei AppGallery store are also launching today, so even those with HarmonyOS mobile devices can join the China Sprint action.

No word yet on whether this, or something similar, will be released for the Horizon Chase Turbo.