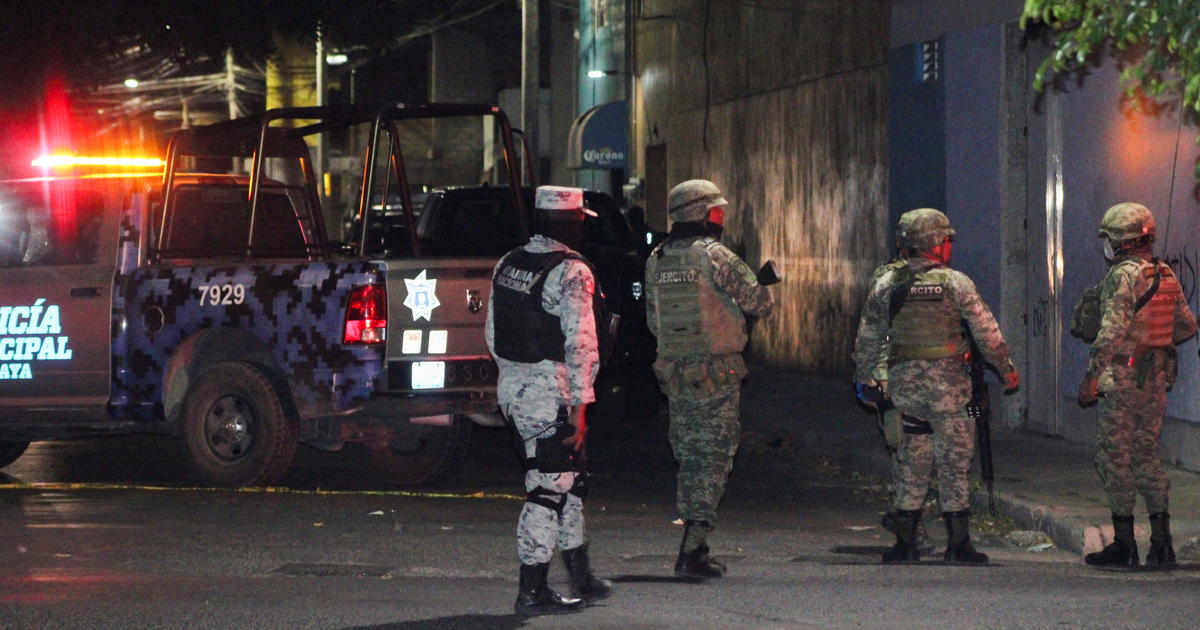 Handwritten signs left at the scenes of the killings suggested the attacks were part of a rivalry between two drug cartels that have been battling for control of Guanajuato state for several years.

Police in the city of Celaya said the attacks occurred late Monday at two bars on the same street. They said 10 of the victims died at the scene, and another was declared dead at a hospital later.

Police confirmed that the messages were left at the scene, but did not confirm what they said. But photos posted on social media suggested the killers were from the Santa Rosa de Lima gang. The messages appeared to accuse the bars’ owners of supporting the rival Jalisco cartel, which the Department of Justice considers to be “one of the five most dangerous transnational criminal organizations in the world.”

The photos showed women – it was not clear if they were bar employees or customers – heaped in pools of blood between tables. Part of one bar also appeared to have been partly burned.

Guanajuato, a thriving industrial region that hosts a refinery and a major pipeline, has become one of Mexico’s most violent states due to a dispute between the cartels. The gangs fight for control of trafficking routes for drugs and stolen fuel.

In March, the charred bodies of seven people were found abandoned in a pick-up truck in Celaya.

And in January, six members of a family were murdered in a rural community in Guanajuato state – the fifth such attack in the municipality of Silao in four months.

In March, 20 people were shot and killed at an venue often used for hosting illegal betting on cockfights in the neighboring state of Michoacan. An American mother of four was among the victims.

Since December 2006, when the government launched a controversial military anti-drug operation, Mexico has recorded more than 340,000 murders, according to official figures.

In April, President Andres Manuel Lopez Obrador confirmed that Mexico had dissolved a special unit trained by US authorities to fight drug cartels because it was infiltrated by criminals.

AFP contributed to this report.