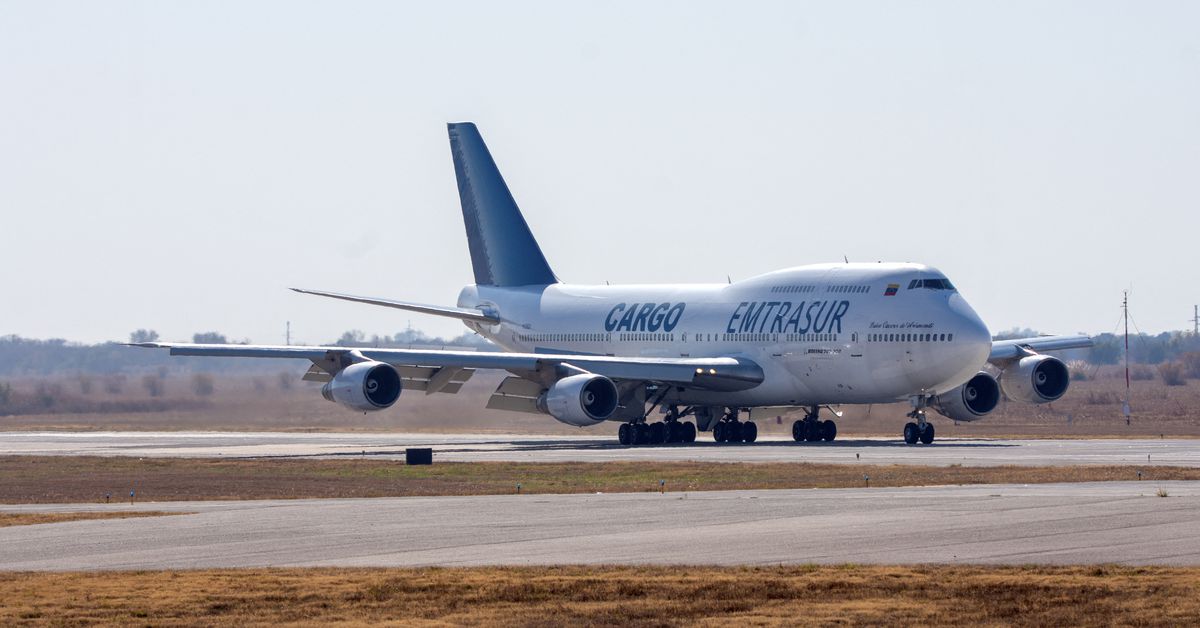 The Emtrasur cargo plane, sold to Venezuela by Iran’s Mahan Air a year ago according to the Iranian airline, arrived in Buenos Aires on June 8, flight tracking data show. It was then seized by authorities, the lawmaker and Iranian media said.

Argentina’s government has not publicly confirmed the seizure, but an Interior Ministry document shared with Reuters said authorities had taken the action due to suspicions over the stated reason for the plane entering the country.

Iran and Venezuela, which are both under US sanctions, have close ties. The two countries signed a 20-year cooperation plan on Saturday. Argentina’s center-left President Alberto Fernandez has criticized US sanctions against Venezuela.

Argentina’s government did not reply to Reuters queries seeking comment about the aircraft. Authorities in Venezuela did not immediately respond to a request for comment.

On Sunday, Argentine lower-house lawmaker Gerardo Milman, who has raised attention about the case in recent days, presented a complaint to a judge asking to fingerprint the crew and share the information with the Federal Intelligence Agency.

“Our information is that this is a plane that has come to conduct intelligence in Argentina,” said Milman, a member of the country’s Congressional Intelligence Commission.

According to the Interior Ministry document, shared with Reuters by Milman, 14 Venezuelans and 5 Iranians were traveling on the plane. It listed the names of those on board.

Argentina courts also have to rule on a habeas corpus filed by a lawyer for the crew to release the aircraft and have passports returned to those on board, Argentine media reported.

It was not immediately clear if the plane, with a tail sign of YV3531, was on a list of Iranian-linked aircraft under US sanctions. Mahan Air has been under US sanctions since 2011 for its support for Iran’s elite Revolutionary Guards.

“Ownership of the plane was transferred a year ago and it was sold to a Venezuelan company,” Mahan’s spokesman, Amir Hossein Zolanvari, told the official IRNA news agency.