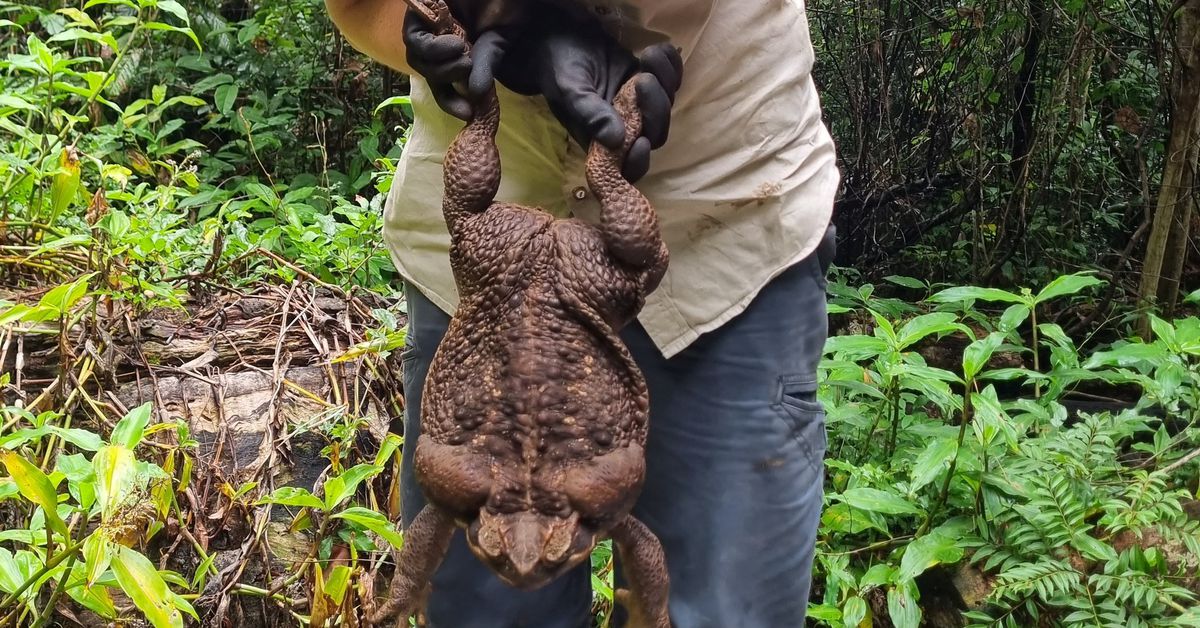 SYDNEY, Jan 20 (Reuters) – Australian park rangers believe they have stumbled upon a record-breaking giant toad deep in a rainforest.

Dubbed “Toadzilla”, the cane toad, an invasive species that poses a threat to Australia’s ecosystem, was spotted by “shocked” park ranger Kylee Gray during a patrol in Conway National Park in Queensland state on Jan. 12.

Gray and her colleagues caught the animal and brought it back to their office, where it weighed in at a 2.7 kg (6 pounds).

“We considered naming her Connie after Conway National Park but Toadzilla was the one that just kept getting thrown out there, so that kind of stuck,” Gray told state broadcaster ABC on Friday.

Gray’s colleague, senior park ranger Barry Nolan, told Reuters the animal was euthanized due to its “ecological impact” — the usual fate for the toads across Australia.

Cane toads were introduced to Australia in 1935 to control cane beetles and other pests but their population exploded and with no natural predators they have become a threat to Australian species, Nolan said.

A female cane toad like potentially Toadzilla would lay up to 35,000 eggs. So their capacity to reproduce is quite staggering. And all parts of the cane toad’s breeding cycle are poisonous to Australian native species, so prevention is a big part of how we need to manage them,” he said.

Toadzilla’s body was donated to the Queensland Museum for research.