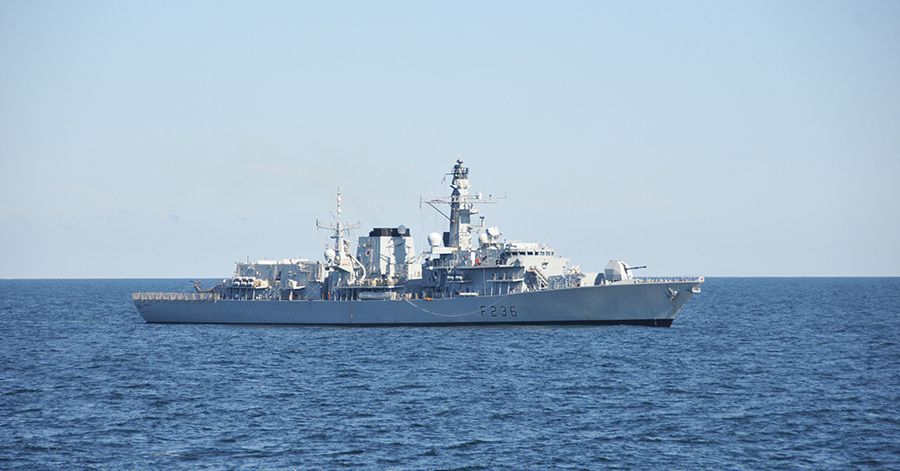 RIYADH, July 7 (Reuters) – Britain’s Royal Navy said on Thursday one of its warships had seized Iranian weapons, including surface-to-air-missiles and engines for cruise missiles, from smugglers in international waters south of Iran early this year.

A helicopter from the frigate HMS Montrose spotted speedboats moving away from the Iranian coast on Jan. 28 and Feb. 25 and dozens of packages containing the advanced weaponry were confiscated, the Royal Navy said in a statement.

The Iranian foreign ministry rejected Britain’s claim, accusing it of being complicit in the war against Yemen by selling arms to the Saudi-led coalition.

“By continuously selling advanced weapons to the self-proclaimed military coalition against the defenseless people of Yemen, Britain has been a partner in the war and aggression against Yemen, and it is not in a position to make such baseless accusations about the Islamic Republic. Iran and assume a humanitarian face, ”the ministry said in a tweet, quoting its spokesperson Nasser Kanaani as saying.

Therefore, he said, Britain “does not have the moral authority to make a claim against the Islamic Republic of Iran.”

The Royal Navy said: “The seized packages were returned to the UK for technical analysis which revealed that the shipment contained multiple rocket engines for the Iranian produced 351 land attack cruise missiles and a batch of 358 surface-to-air missiles.”

It did not say where the missiles were bound, but said the 351 cruise missile, with a range of 1,000 km (620 miles), is often used by Yemen’s Houthi group to target Saudi Arabia and the United Arab Emirates.

The US Navy destroyer USS Gridley supported the February seizure, the Royal Navy said. Both seizures occurred while HMS Montrose was on routine maritime security operations, it added.

“This action demonstrates that we will not allow irresponsible and aggressive acts by Iran to go unchecked on land, sea, and air,” US Central Command spokesman Colonel Joseph Buccino said in a statement.

Riyadh and Abu Dhabi have been at war with the Iran-aligned Houthis since 2015, in a conflict widely seen as a proxy war between the two Western-backed Arab Gulf states and Iran.