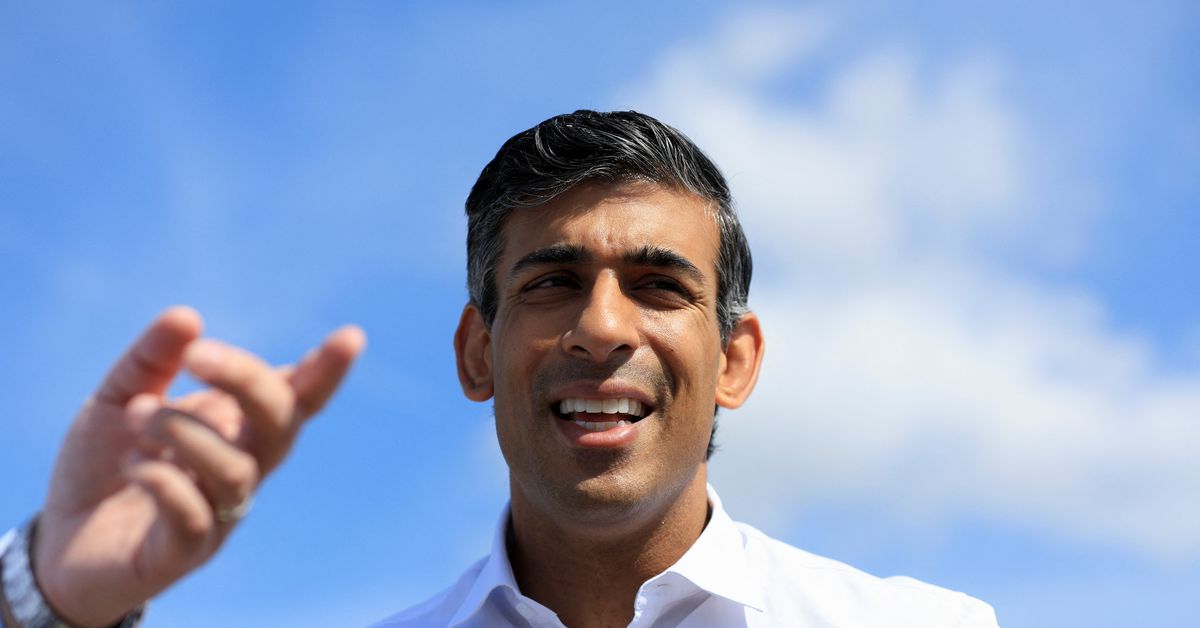 LONDON, July 17 (Reuters) – The five Conservative contenders still vying to be Britain’s next prime minister clashed over tax cuts in a second televised debate on Sunday, with the two frontrunners – Rishi Sunak and Liz Truss – stepping up their battle on the economy. .

With no clear candidate to succeed Boris Johnson who is stepping down after a series of scandals, the battle to be the next leader remains unpredictable and increasingly fractious, exposing rifts in the ruling Conservative Party.

Ex-finance minister Rishi Sunak has emerged as the favorite among the 358 conservative lawmakers, who will hold further votes this week to whittle down the field of contenders to a final two.

He said on Sunday evening his number one priority would be tackling inflation and not making it worse before he would deliver tax cuts.

Foreign minister Liz Truss, who has proposed plans to ax increases in payroll tax and corporation tax at a cost of over 30 billion pounds ($36 billion) a year, said Sunak had raised taxes to the highest level in 70 years.

“Raising taxes at this moment will choke off economic growth,” she said in the debate, hosted by broadcaster ITV.

Sunak retorted by saying he would “love to cut tax” but it would come at a cost of higher inflation. “This something-for-nothing economics isn’t conservative, it’s socialism,” he said.

A JL Partners poll for the Sunday Telegraph suggested almost half of Conservative voters thought Sunak would make a good prime minister, ahead of Truss and Mordaunt.

However, Truss also has wide support, including from those most loyal to Johnson, and Mordaunt has topped surveys of the 200,000 party members who will ultimately choose who becomes Conservative leader and therefore prime minister.

In a demonstration of how open the race is, a survey of party members for the Conservative Home website on Saturday suggested former equalities minister Kemi Badenoch was now ahead of the others, with Truss in second and Mordaunt, currently the bookmakers’ favourite, slipping to third.

That came after the fifth candidate, Tom Tugendhat, chair of Parliament’s Foreign Affairs Committee, topped a viewers’ poll after the first TV debate on Friday.

Whoever gets the job will take on rocketing inflation and low economic growth, as well as the public’s lack of confidence in politics after Johnson’s scandal-ridden time in power.

When asked by the moderator, all candidates said they would not hold an immediate election if they won. No national election needs to be held in Britain until 2024.

One candidate will be knocked out every day in the next three days, leaving a final two to face the verdict of Conservative Party members. They will vote for the winner who will be announced on Sept. 5.