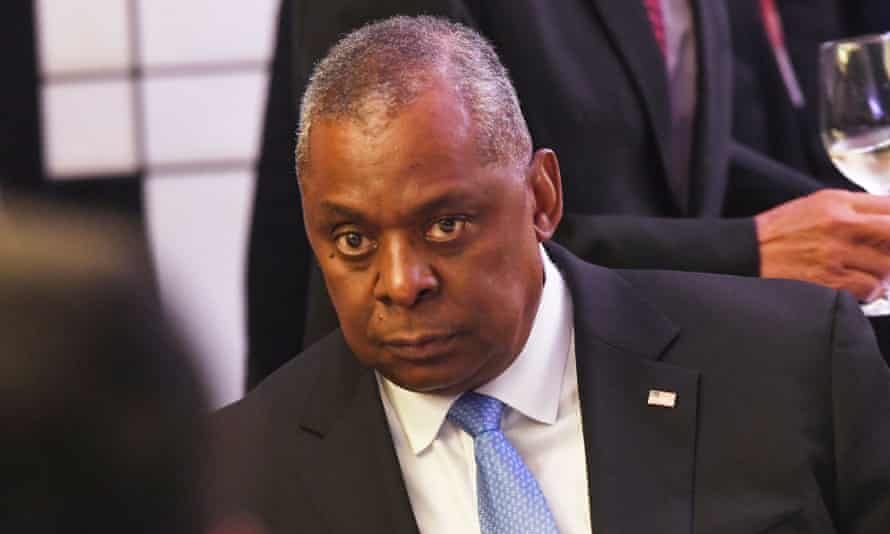 China will “fight to the very end” to stop Taiwan from declaring independence, the country’s defense minister has vowed in a speech amid his counterparts from other countries including the United States.

“We will fight at all cost and we will fight to the very end. This is the only choice for China, ”Wei Fenghe told the Shangri-La Dialogue security summit in Singapore, where he called Taiwan“ first and foremost China’s Taiwan ”.

“Those who pursue Taiwanese independence in an attempt to split China will definitely come to no good end. No one should ever underestimate the resolve and ability of the Chinese armed forces to safeguard its territorial integrity. “

His speech came a day after the US defense secretary, Lloyd Austin, accused China of “provocative, destabilizing” military activity close to the island.

Beijing views democratic, self-ruled Taiwan as part of its territory awaiting reunification, by force if necessary. US-China tensions over the island have risen due in particular to a growing number of Chinese aerial incursions into Taiwan’s air defense zone.

Taiwan’s foreign ministry has denounced China’s claims of its sovereignty as “absurd” and thanked the US for its support.

Wei said on Sunday that it was up to the US to improve the bilateral relationship, saying that the ties were at a critical juncture.

“We request the US side to stop smearing and containing China. Stop interfering in China’s internal affairs. The bilateral relationship cannot improve unless the US side can do that, “Wei, dressed in the uniform of a general in the People’s Liberation Army, told delegates.

Wei accused the US of trying to “hijack” the support of other nations in the region under the guise of multilateralism.

In his speech, Austin had stressed the need for multilateral partnerships with nations in the Indo-Pacific, which Wei suggested was an attempt to back China into a corner.

“No country should impose its will on others or bully others under the guise of multilateralism,” Wei said. “The strategy is an attempt to build an exclusive small group in the name of a free and open Indo-Pacific to hijack countries in our region and target one specific country – it is a strategy to create conflict and confrontation to contain and encircle others. ”

But he also struck a more conciliatory tone at points, calling for a “stable” China-US relationship, which he said was “vital for global peace”.

During his address, Austin also said he wants “lines of communication” with Chinese officials to remain open. The pair held their first face-to-face talks on the sidelines of the summit in Singapore on Friday, during which they clashed over Taiwan.

The US president, Joe Biden, during a visit to Japan last month, appeared to break decades of US policy when, in response to a question, he said Washington would defend Taiwan militarily if it was attacked by China.

The White House has since insisted its policy of “strategic ambiguity” over whether or not it would intervene had not changed.

China has been rapidly modernizing its military and seeking to expand its influence and ambitions in the region, recently signing a security agreement with the Solomon Islands that many fear could lead to a Chinese naval base in the Pacific, and breaking ground this past week on a. naval port expansion project in Cambodia that could give Beijing a foothold in the Gulf of Thailand.

In 2021, US officials accused China of testing a hypersonic missile, a weapon harder for missile defense systems to counter, but China insisted it had been a “routine test of a spacecraft”.

Answering a question about the test on Sunday, Wei came the closest so far to acknowledging it was a hypersonic missile: “As for hypersonic weapons, many countries are developing weapons and I think there’s no surprise that China is doing so.

“China will develop its military,” he added. “I think it’s natural.”

Also speaking in Singapore on Sunday, South Korea’s defense minister, Lee Jong-sup, said his country would dramatically enhance its defense capabilities and work closely with the US to counter North Korea’s nuclear and missile threat.

Lee said the situation on the Korean peninsula posed a global threat and he urged North Korea to immediately end its nuclear weapons and missile programs.

“Our government will strengthen capabilities to better implement the US extended deterrents and will dramatically enhance response capabilities,” Lee said.

North Korea has promoted its key nuclear negotiator to foreign minister, state media said on Saturday, as leader Kim Jong-un vowed to his ruling party that he would use “power for power” to fight threats to the country’s sovereignty.

North Korea has carried out at least 18 rounds of weapons tests this year, underscoring its evolving nuclear and missile arsenals.

With Reuters and Agence France-Presse