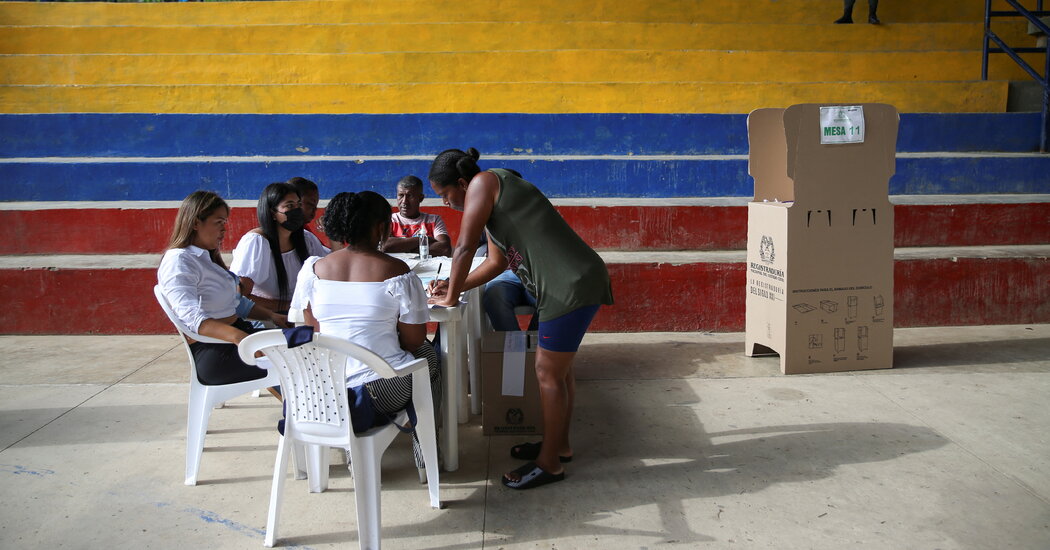 Colombians are calling it the most consequential election in decades.

On Sunday, Latin America’s third largest nation heads to the polls to choose a new president. At stake is the country’s economic model, its democratic integrity and the livelihoods of millions of people pushed into poverty amid the pandemic.

“One always tends to say, ‘these are the most important elections there have ever been,'” said Elisabeth Ungar, a longtime Colombian political analyst, “but I honestly believe on this occasion that so much is going to be defined.”

Polls show Gustavo Petro, a senator and former member of a rebel group, leading against two right-wing former mayors, Federico Gutiérrez and Rodolfo Hernández. If no candidate receives more than 50 percent, a runoff will be held on June 19 between the top two finishers.

If Mr. Petro Wins, he would become Colombia’s first leftist president, marking a watershed moment in a nation that has long been led by a conservative establishment.

His rise reflects not just a leftist shift across Latin America, but an anti-incumbent fervor that has gained strength as the pandemic has deepened poverty and inequality, intensifying feelings that the region’s economies are built mostly to serve the elite.

“We believe in a true political and social change,” said Diego Guzmán, 25, a university student who described his vote for Mr. Petro as a rejection of “the dominant political class.”

Colombia has long been the United States’ strongest ally in the region, and Mr. Petro is calling for a reset of the relationship, including changes to the approach to the drug war and a re-examination of a bilateral trade agreement that could lead to a clash with Washington.

Mr. Gutiérrez, who is supported by much of the conservative establishment, is pushing for modest adjustments to the status quo, including directing more money to local governments.

Mr. Hernández, who was relatively unknown before he began surging in the polls in the campaign’s closing days, pushes a populist anti-corruption platform, but has raised alarms with his plan to declare a state of emergency to accomplish his goals.

Many voters are fed up with rising prices, high unemployment, low wages, rising education costs and surging violence and polls show that a clear majority of Colombians have an unfavorable view of the current president, Iván Duque, who is largely regarded as part of the conservative establishment.

Still, some Colombians say they consider a vote for Mr. Petro to be a risk – but one they are willing to take. “It scares me more that we continue to be governed by the same old politicians,” said Helena Osorio, 25, a nurse who makes just above minimum wage.

Not everyone agrees. Juan Sebastián Rey, 21, a political organizer who supports Mr. Gutiérrez, said he considered Mr. Petro to be a poor leader.

The election comes as polls show growing distrust in the country’s institutions, including the country’s national registrar, an election body. The registrar bungled the initial count in a March congressional vote, leading to concern that losing candidates in the presidential vote will declare fraud.

The country is also seeing an uptick in violence, undermining the democratic process. The Mission for Electoral Observation, a local group, called this pre-election period the most violent in 12 years.

Despite these dangers, the election has invigorated many Colombians who had long believed their voices were not represented at the highest levels of power, infusing the election with a sense of hope. That feeling of optimism is partly inspired by Ms. Márquez, a former housekeeper and environmental activist who would be the country’s first Black vice president if her ticket won.

Her campaign has focused on fighting systemic injustice, and its most popular slogan, “vivir sabroso,” means, roughly, “live richly and with dignity.”

Reporting was contributed by Sofía Villamil and Megan Janetsky in Bogotá.