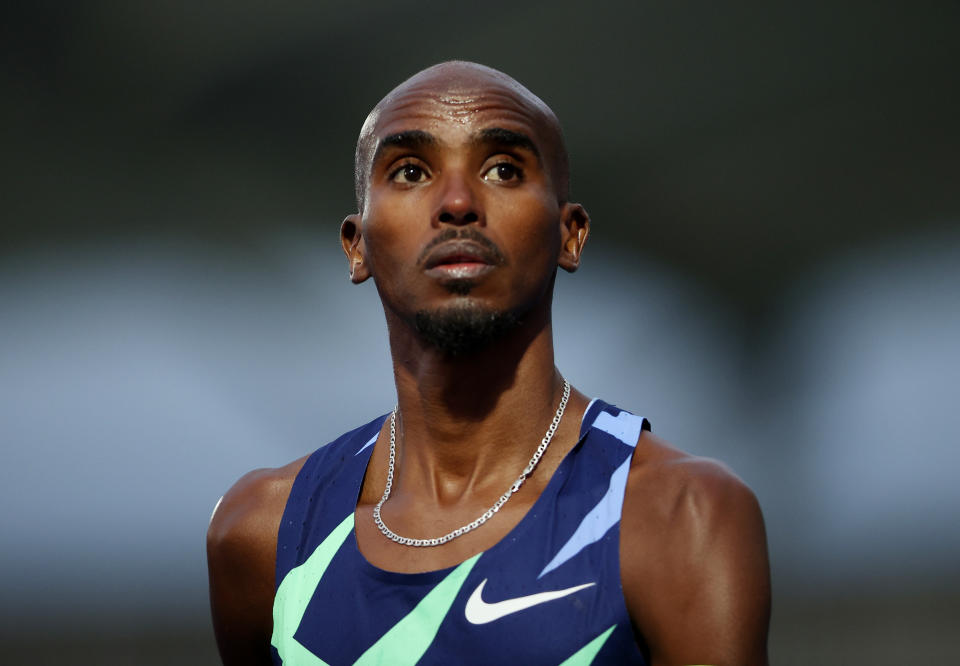 Olympic champion Mo Farah revealed on Wednesday that he was trafficked from Somalia to the United Kingdom as a child and forced into domestic servitude for a London family.

He also announced that Mo Farah is not his real name.

“Most people know me as Mo Farah,” he told the BBC. “But that’s not my name or it’s not the reality. The real story is I was born in Somaliland, north of Somalia as Hussein Abdi Kahin.”

Farah made the revelation for a BBC documentary scheduled to air on Wednesday. BBC released clips and quotes from the documentary on Monday.

Farah previously said that he was brought to the UK from Somalia as a child alongside his parents. He told the BBC that his parents never lived in the UK and that his father was killed in civil war when he was four years old. His mother and two brothers remain in Somaliland, a self-declared state adjacent to Somalia on the east coast of Africa.

When he was eight or nine years old, he says he was taken from his home to stay with a family in Djibouti and eventually taken to the UK by a strange woman who told him he would be living with relatives. Instead, he was given the name of another child – Mohamed Farah – and fake travel documents.

When he arrived in the UK, he says the woman took him to her London home and told him to do housework including childcare “if I wanted food in my mouth.” Per Farah, she told him not to say anything about the arrangement “if you ever want to see your family again.”

“For years I just kept blocking it out,” Farah, now 39, told the BBC. “But you can only block it out for so long.”

Farah was eventually allowed to attend school at 12 years old where his former tutor told BBC he arrived as an “emotionally and culturally alienated” child. He developed a love for sports in physical education, and his PE teacher Alan Watkinson arranged for him to be fostered by a Somali family, per the BBC.

The identity of the woman who trafficked Farah was not revealed in the clips. It’s not clear what if any consequences she faced.

Farah’s talent on the track became evident as a teenager, and he’s since become one of the world’s greatest distance runners. He was granted British citizenship in 2000. He competed for Great Britain in the 2012 Olympics in London and again in Rio de Janeiro in 2016. He won four gold medals, two each at 5,000 and 10,000 meters. He won six world championships and two silver medals in the same distances from 2011-17. He was granted knighthood by Queen Elizabeth on 2017.

He told BBC that his talent and love for running saved him from his previous life.

“What really saved me, what made me different, was that I could run.”