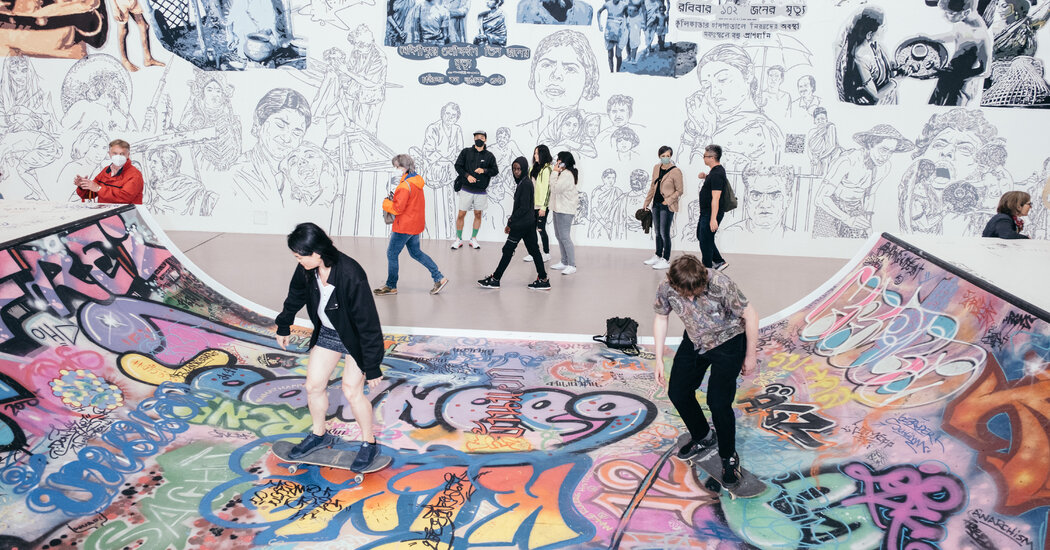 As soon as a clearly antisemitic image with added Holocaust connotations – a figure with a large nose, pointy teeth and side-locks, decked with an “SS” cap – was spotted in a massive agitprop tableau that had been erected in a central Kassel square , the integrity of the document itself, which runs on public funds, came into question.

The incident was infuriatingly avoidable. The mural-like banner by the Indonesian collective Taring Padi dates from 2002; It portrays Indonesian political life as a great battle of oppressors, capitalists and polluters against the people, watching ancestors. It only went up on the Friedrichsplatz, the show’s hub, at the end of the preview, during which Taring Padi had charmed visitors with hundreds of cardboard puppets in the same square and around town.

Months before Documenta, critics had lobbed advance accusations, notably that participants supported the Boycott, Divestment and Sanctions movement, which Germany’s Parliament has declared antisemitic. Before the show was installed, the Question of Funding, a Palestinian artists’ group, was targeted by vandals who broke into and graffitied its exhibition space.

In this combustible climate, some vigilance might have been expected. But from whom? The banner, which apparently went up late because it was being restored, excluded the scrutiny of Ruangrupa, whose members, in an apology, said they had failed to spot the offensive elements. Sabine Schormann, Documenta’s director general, told the newsmagazine Der Spiegel that administrators had not screened any art in advance, out of respect for artistic freedom.

The work has been removed. But for Germany’s establishment, this Documenta is clearly over. A barrage of criticism from politicians and the media has proclaimed the whole exhibition a national embarrassment, called for greater state control of future editions and demanded the resignation of Schormann. The management has now announced that, notwithstanding artistic freedom, Ruangrupa must review the entire show for offensive content with support from the Anne Frank Center in Frankfurt – setting up a battle with artists.