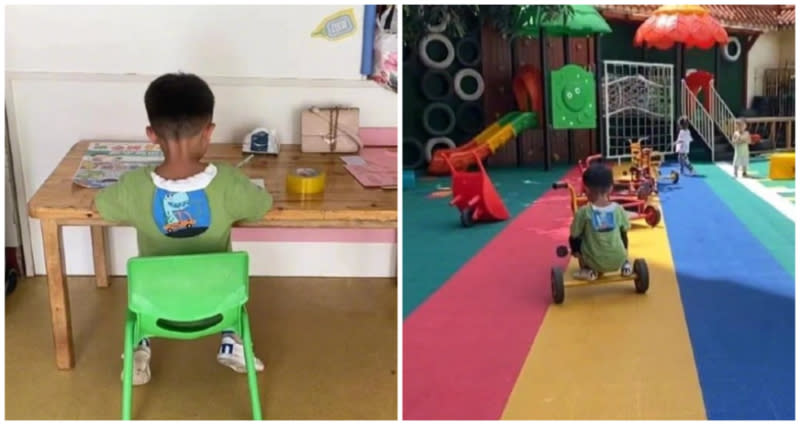 After discovering that his son was not his biological child, a father in China abandoned a 5-year-old boy at his kindergarten.

The boy, identified by the pseudonym Xiao Rui, was dropped off at school by his father last week in Guangxi province of southern China, reported Jiangxi Morning Daily per South China Morning Post.

Xiao’s father, whose identity remains unknown, purportedly discovered through a paternity test that he was not the boy’s biological father and told staff members that Xiao was now the school’s problem.

Xiao’s teacher, surnamed Chen, stated that his backpack was packed with a change of clothes as well as a mobile phone. After abandoning Xiao, the father purportedly remained in contact with the school but refused to pick up the boy. Chen later stopped by Xiao’s home and discovered it to be empty.

More from NextShark: Man detained for 9 days by Chinese police for sharing ‘insulting’ meme of dog wearing a police hat

Police contacted Xiao’s grandfather and uncle, who both declined to pick up Xiao. After being left at his kindergarten for five days, the 5-year-old boy is now purportedly being picked up by his biological mother sometime this week.

Weibo users were left outragedand many expressed sorrow for Xiao.

“He should be playing at his age but now he is like this [and] his life has just begun. He can’t give up, there is really no way, ”one user wrote.

“Look at his innocent back, it’s really poignant, other people’s children are pampered like babies, but [he] has to face the cruelty of the adult world, ”another user commented.

More from NextShark: US citizen sentenced to death in China for fatal ‘revenge’ stabbing of ex-girlfriend