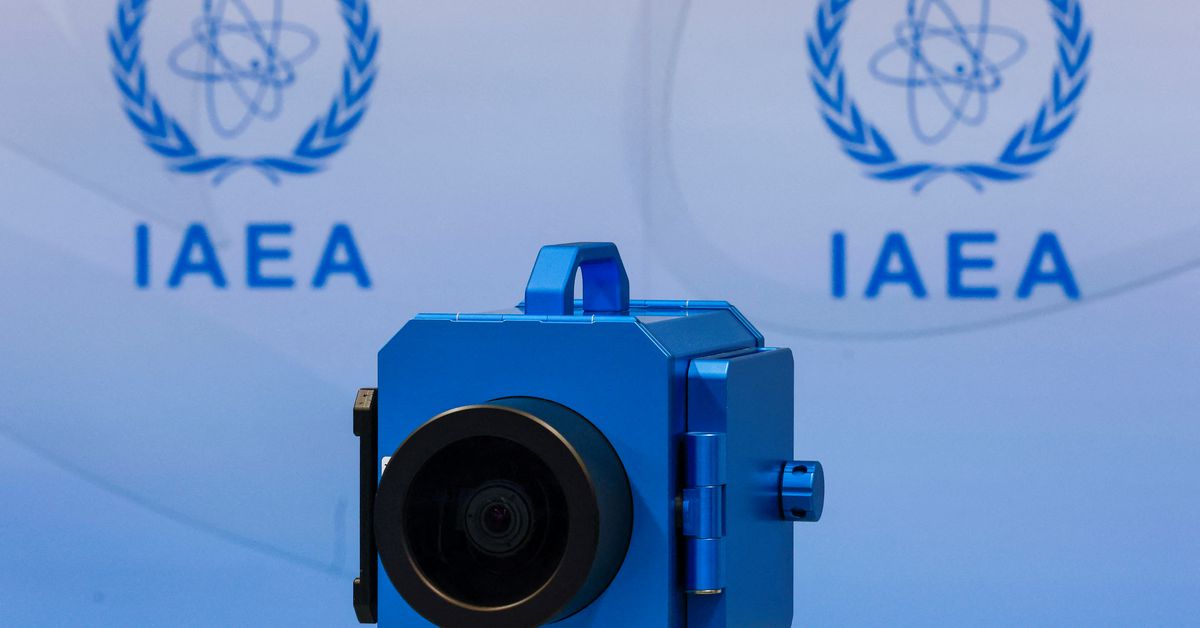 Iran had warned of retaliation if the IAEA’s 35-nation Board of Governors passed a resolution drafted by the United States, France, Britain and Germany criticizing Tehran for its continued failure to explain uranium traces found at undeclared sites. The resolution was passed by a crushing majority late on Wednesday. read more

Iran told the agency overnight it planned to remove equipment including 27 IAEA cameras as of Thursday, which is “basically all” the extra monitoring equipment installed under the 2015 deal going beyond Iran’s core obligations to the agency, Grossi told a news conference.

That leaves a window of opportunity of three to four weeks to restore at least some of the monitoring that is being scrapped, or the IAEA will lose the ability to piece together Iran’s most important nuclear activities, Grossi said.

“I think this would be a fatal blow (to reviving the deal),” Grossi said of what would happen if that window went unused.

A confidential IAEA report to member states on Thursday evening seen by Reuters said IAEA inspectors had removed the IAEA’s cameras at two sites and placed them in storage under IAEA seals there.

US officials speaking on condition of anonymity said even after the three or four week period Iran could still provide additional information to allow for the nuclear deal’s revival.

“We are not on death watch (for the next) three to four weeks,” said a senior US official, saying the deal could be resurrected, although the longer Iran withheld access the more transparency it would have to give the IAEA.

Indirect talks between Iran and the United States on reviving the 2015 deal have been stalled since March.

“You think we would retreat from our positions if you pass a resolution at the (IAEA) Board of Governors? In the name of God and the great nation of Iran, we will not back off a single step from our positions,” Iranian President Ebrahim Raisi said in a speech.

Since then-President Donald Trump pulled Washington out of the deal and re-imposed sanctions against Tehran in 2018, Iran has breached many of the deal’s limits on its nuclear activities. It is enriching uranium to close to weapons-grade.

Western powers warn it is getting closer to being able to sprint towards making a nuclear bomb. Iran denies wanting to. read more

France, Britain and Germany, the so-called E3, condemned Iran’s actions on Thursday and urged it to fully resume its cooperation with the watchdog and end its nuclear escalation.

“These actions only aggravate the situation and complicate our efforts to restore full implementation of the JCPoA. They also cast further doubt on Iran’s commitment to a successful outcome,” the E3 said in a statement that did not include the United States, like on Wednesday. .

Iran has been keeping the data recorded by the extra monitoring equipment since February of last year, meaning the IAEA can only hope to access it at a later date. Grossi said it was not clear what would happen to that data now.

He added, however, that more than 40 IAEA cameras would keep operating as part of the core monitoring in Iran that predates the 2015 deal.