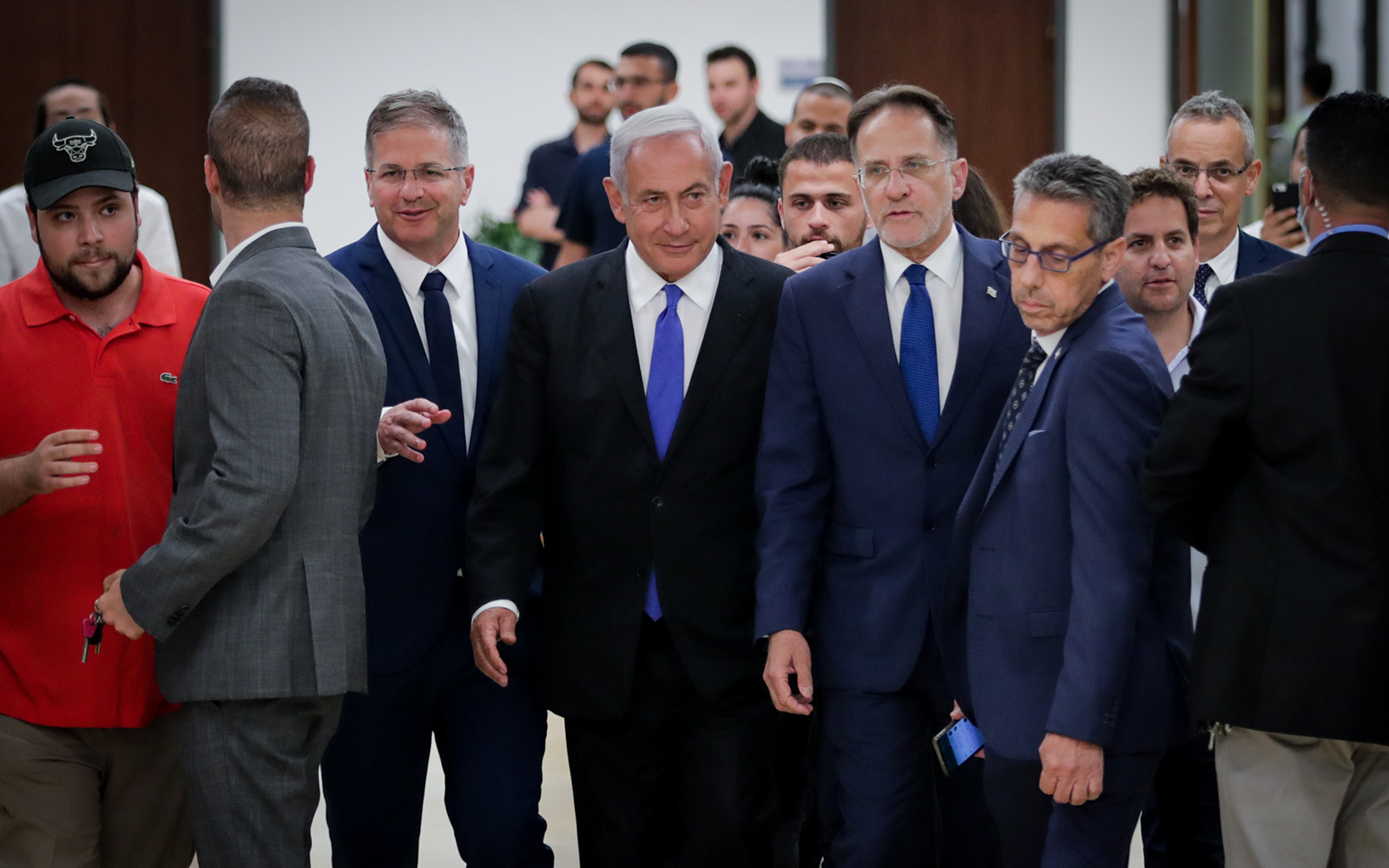 Israel’s political landscape is set to shift in the coming week, with the Knesset expected to pass the final legislation for its dispersal on Monday and Foreign Minister Yair Lapid to become prime minister soon after.

Prime Minister Naftali Bennett and Lapid last week announced their decision to dissolve the 24th Knesset after just one year in power due to their inability to keep their narrow, politically diverse coalition together any longer. If all goes as planned, Israel will head to its fifth national election in under four years in the fall.

The Knesset on Wednesday approved a preliminary bill to dissolve itself and is expected to formally disperse this week after going through two committee reviews and three more votes. Lapid will take over as caretaker prime minister through elections in the fall, according to the coalition agreement.

The Knesset can complete the legislative process to disperse as early as Monday. Channel 12 reported that the legislative session on Monday will continue as late as needed to pass the final readings of the dispersal law, with both the coalition and opposition wanting to pass it quickly.

Although the Knesset passed the first of four votes on Wednesday to voluntarily disband, rebel Yamina MK Nir Orbach held up the process until Monday to give the opposition a chance to form its own government within the current Knesset without sending Israelis to the polls. Orbach chairs the Knesset’s House Committee, which needs to review the dispersal law.

The chances of forming an alternative right-wing coalition within the current Knesset are seen by politicians and analysts as near-impossible. Netanyahu is still opposed by a majority of lawmakers in the Knesset, partly due to the fact that he is facing criminal charges in three graft cases.

The Knesset Constitution Committee, headed by Labor MK Gilad Kariv, is set to meet Sunday morning and start processing its own version of the dispersal bill, in case Orbach tries to hold up the process on Monday. Kariv, a coalition loyalist, said Thursday he would attempt to fast-track the legislation through the Constitution Committee, sidestepping Orbach, despite the Knesset’s legal adviser raising doubts over the legality of the maneuver.

Orbach, one of the coalition’s most right-wing members, effectively cut ties with the ruling bloc last week, robbing it of a majority in the Knesset and ultimately leading to Bennett’s decision to set in motion the process to dissolve the Knesset for new elections.

In announcing he was quitting the coalition, Orbach said he preferred for the government to be replaced by an alternative coalition, which could be done if at least 61 lawmakers support a different cabinet slate. Such a move would void the need for another round of elections.

If the Knesset disbands on Monday, as planned, Lapid will take over as prime minister on Tuesday or Wednesday, according to Saturday media reports.

Lapid is not expected to make any dramatic changes to the government as prime minister during the interim government, the Kan public broadcaster said. Although the Knesset will largely cease to legislate after its dispersal, the government will remain in place until a new one is sworn in, post elections. Lapid will be prime minister through elections in the fall and until the formation of Israel’s next coalition government.

Lapid will continue serving as foreign minister while he is premier, the report said.

Most of the Prime Minister’s Office’s staff will remain in place, including the national security adviser and military secretary, according to Kan.

While the elections are expected to take place in late October or early November, Netanyahu’s Likud party is already reportedly maneuvering to sabotage Lapid’s chances of success in that vote, and after it, by refusing to support a bill to renew the application of Israeli law to settlers in the West Bank.

The measure was long approved by the Knesset as a matter of routine, but Bennett’s coalition failed to pass the bill earlier this month as renegade lawmakers on the left refused to support it. That failure was one of the main reasons the coalition fell apart soon after.

Discussion and a vote on a bill to dissolve the Knesset in Jerusalem, on June 22, 2022 (Olivier Fitoussi / Flash90)

Likud and other opposition parties had refused to vote for the settler law, along with any other government legislation, even if they ideologically supported it, in order to bring down the government. The settler bill must be renewed every five years and expires on June 30. If it expires, it could have far-reaching consequences for settlers, with Sa’ar warning of the potential for legal “chaos” in the West Bank.

The coalition can put the bill up for a vote again before the end of the month. However, if the Knesset dissolves before July 1, the bill will be automatically renewed for six months, carrying it through the election cycle.

Channel 13 reported Saturday that Likud wants the bill to only be extended for six months, and will not vote in support if it comes up again, in case Lapid manages to form a government after the fall elections. A lapid-led government would include leftist parties and likely again run into trouble passing the bill. If Likud helped pass the bill this week, it would be extended for five years, clearing a hurdle for a possible Lapid government.

A Likud-led coalition would be made up of right-wing and ultra-Orthodox parties and would likely not have trouble passing the legislation.

Finance Minister and Israel Beytenu party chairman Avigdor Liberman speaks during a faction meeting at the Knesset in Jerusalem, on May 30, 2022. (Olivier Fitoussi / Flash90)

That possible Netanyahu government will not include the right-wing, secular Yisrael Beytenu party, though, according to its leader.

Finance Minister Avigdor Liberman, who heads Yisrael Beytenu, vowed on Saturday he would not sit in a government with Netanyahu and the ultra-Orthodox Shas and United Torah Judaism parties.

“We will not sit with Netanyahu under any conditions and circumstances, and not with Shas and [United] Torah Judaism, ”Liberman told Channel 12. Liberman is staunchly right-wing, but a longtime foe of Netanyahu and the ultra-Orthodox parties.

Other coalition leaders have ruled out joining Netanyahu, including Defense Minister Benny Gantz, who heads the Blue and White party, and Sa’ar, who leads the New Hope faction.

Bennett has said Netanyahu is “divisive” and “not the right person” to serve as prime minister, but has also not ruled out cooperating with him.

Polls have predicted deadlock after elections, with neither Netanyahu’s bloc or the parties in Bennett’s coalition able to cobble together a majority government, without any changes in political alliances. All surveys have found both sides falling below the needed 61 seats in the 120-seat Knesset, with the Arab majority Joint List faction, which is not aligned with either side, holding the balance of power. The eight parties forming the current government will not necessarily remain united following their fractious coalition experience, though.

In a wide-ranging, candid interview on Saturday, Bennett called for an end to the practice of political opponents “invalidating” certain parties, and said he believed in the possibility of a broad coalition, spanning from the Islamist Ra’am party to the far-right Religious Zionism.