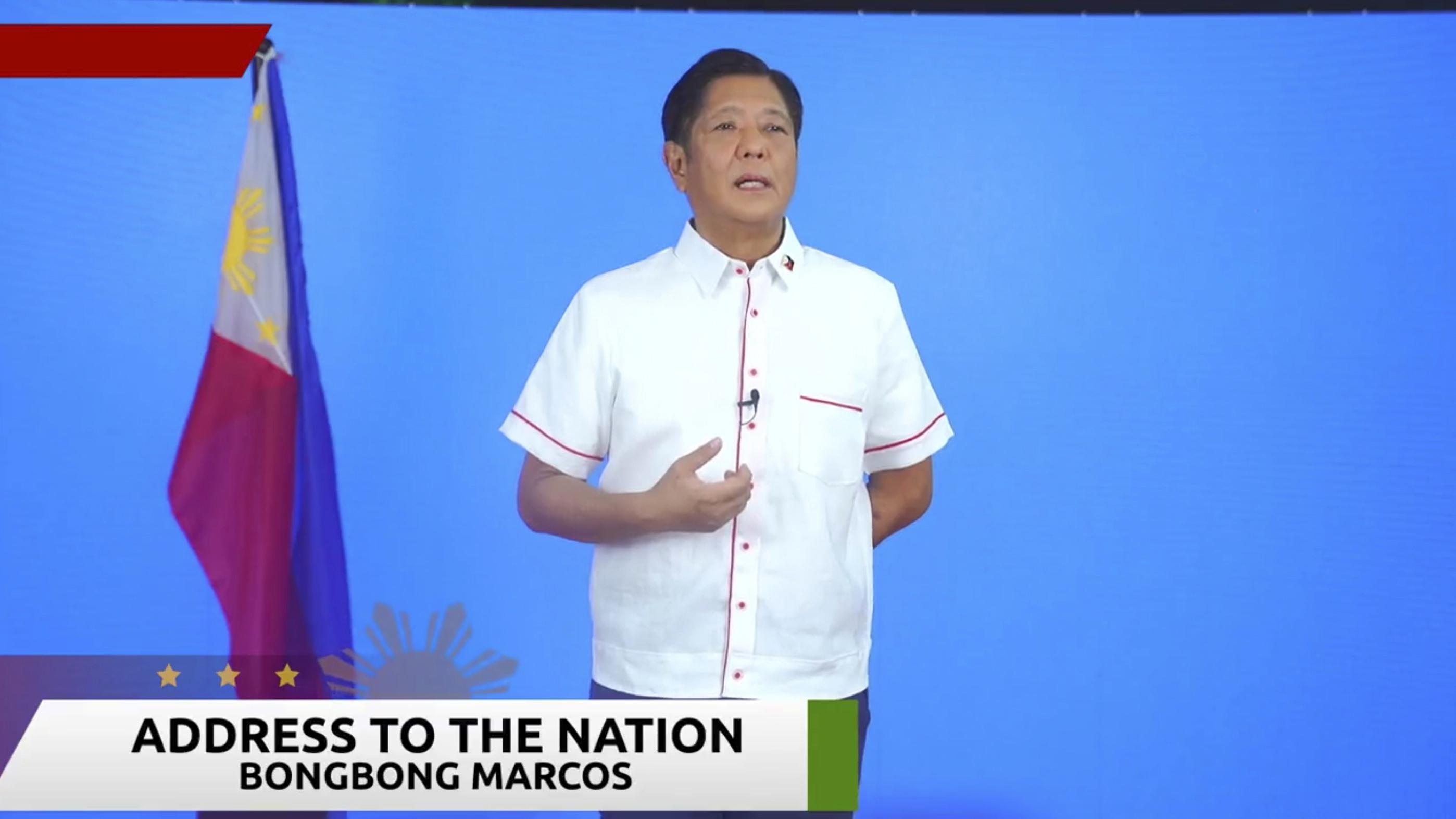 MANILA, Philippines (AP) – The namesake son of late Philippine dictator Ferdinand Marcos appeared to have been elected Philippine president by a landslide in an astonishing reversal of the 1986 “People Power” pro-democracy revolt that booted his father into global infamy.

Marcos Jr. had more than 30.5 million votes in the unofficial results with more than 96% of the votes tabulated overnight after Monday’s election. His nearest challenger, Vice President Leni Robredo, a champion of human rights and reforms, had 14.5 million, and boxing great Manny Pacquiao appeared to have the third highest total with 3.5 million.

The alliance of the scions of two authoritarian leaders combined the voting power of their families’ political strongholds in the north and south but compounded worries of human rights activists.

Marcos Jr. and Sara Duterte avoided volatile issues during their campaign and steadfastly stuck instead to a battle cry of national unity, even though their fathers’ presidencies opened some of the most turbulent divisions in the country’s history.

Marcos Jr. has not claimed victory but thanked his supporters in a late-night “address to the nation” video, where he urged them to stay vigilant until the vote count is completed.

“If we’ll be fortunate, I’ll expect that your help won’t wane, your trust won’t wane because we have a lot of things to do in the times ahead,” he said.

Robredo has not conceded defeat but acknowledged the massive Marcos Jr. lead in the unofficial count. She told her supporters the fight for reforms and democracy won’t end with the elections.

“The voice of the people is getting clearer and clearer,” she said. “In the name of the Philippines, which I know you also love so dearly, we should hear this voice because in the end, we only have this one nation to share.”

She asked her supporters to continue to stand up: “Press for the truth. It took long for the structure of lies to be erected. We have the time and opportunity now to fight and dismantle this. ”

The election winner will take office on June 30 for a single, six-year term as leader of a Southeast Asian nation hit hard by two years of COVID-19 outbreaks and lockdowns and long-troubled by crushing poverty, gaping inequalities, Muslim and communist insurgencies and deep political divisions.

The next president will also likely face demands to prosecute outgoing President Rodrigo Duterte for thousands of killings during his anti-drug crackdown – deaths already under investigation by the International Criminal Court.

On Tuesday, Human Rights Watch called for the apparent election winner Marcos Jr. to improve the human rights situation in the Philippines. “He should declare an end to the ‘war on drugs’ that has resulted in the extrajudicial killing of thousands of Filipinos, and order the impartial investigation and appropriate prosecution of officials responsible for these unlawful killings,” said Phil Robertson, the group’s deputy director. for Asia.

Marcos Jr., a 64-year-old former provincial governor, congressman and senator, held a wide lead in pre-election surveys. But Robredo had tapped into shock and outrage over the prospect of a Marcos recapturing the seat of power and harnessed a network of campaign volunteers to underpin her candidacy.

After his ouster by the largely peaceful 1986 uprising, the elder Marcos died in 1989 while in exile in Hawaii without admitting any wrongdoing, including accusations that he, his family and cronies amassed an estimated $ 5 billion to $ 10 billion while he was in power. A Hawaii court later found him liable for human rights violations and awarded $ 2 billion from his estate to compensate more than 9,000 Filipinos who filed a lawsuit against him for torture, incarceration, extrajudicial killings and disappearances.

His widow, Imelda Marcos, and their children were allowed to return to the Philippines in 1991 and worked on a stunning political comeback, helped by a well-funded social media campaign to refurbish the family name.

Marcos Jr. has defended the legacy of his father and steadfastly refused to acknowledge and apologize for the massive human rights violations and plunder under his father’s strongman rule.

Filipinos stood in long lines to cast their ballots, with the start of voting delayed by a few hours in a few areas due to malfunctioning vote machines, power outages, bad weather and other problems.

Aside from the presidency, more than 18,000 government posts were on the ballot, including half of the 24-member Senate, more than 300 seats in the House of Representatives, as well as provincial and local offices across the archipelago.

In the 2016 vice presidential race, Robredo defeated Marcos Jr. by a narrow margin in their first political faceoff. He waged a years-long legal battle against her victory, alleging fraud, that got defeated but he never conceded.