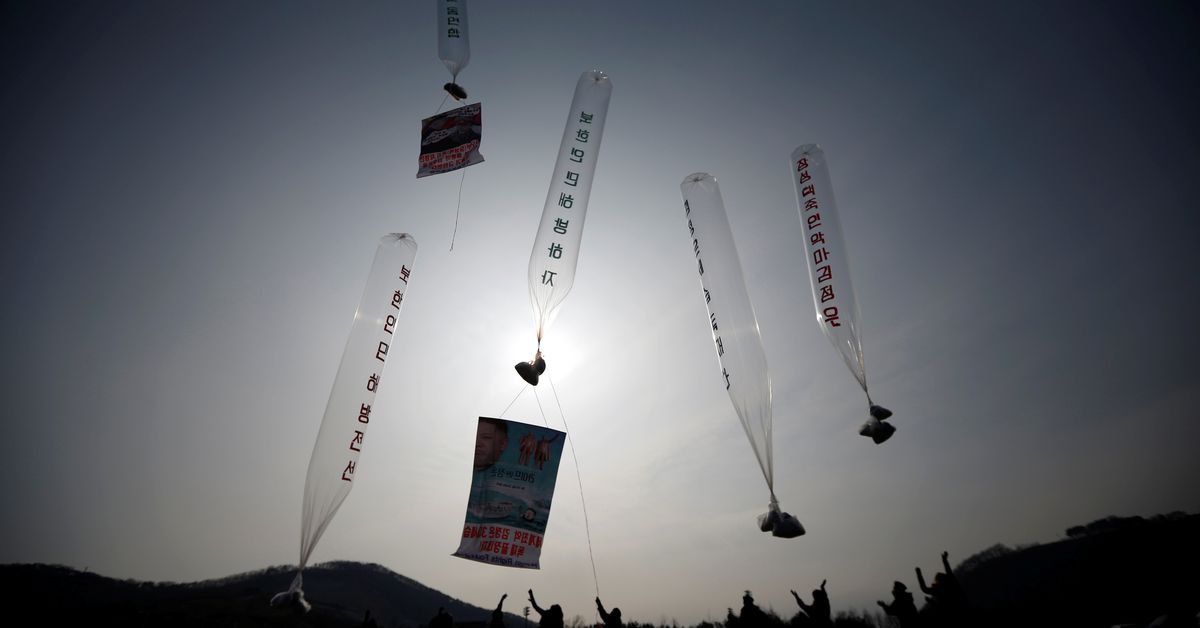 SEOUL, July 1 (Reuters) – North Korea claimed on Friday that the country’s first COVID-19 outbreak began with patients touching “alien things” near the border with South Korea, apparently shifting blame to the neighbor for the wave of infections in the isolated. country.

Announcing results of an investigation, the North ordered people to “vigilantly deal with alien things coming by wind and other climate phenomena and balloons in the areas along the demarcation line and borders,” the official KCNA news agency said.

The agency did not directly mention South Korea, but North Korean defectors and activists have for decades flown balloons from the South across the heavily fortified border, carrying leaflets and humanitarian aid.

South Korea’s unification ministry, handling inter-Korean affairs, said there was “no possibility” of the virus entering the North through leaflets sent across the border.

According to KCNA, an 18-year-old soldier and a five-year-old kindergartner who contacted the unidentified materials “in a hill around barracks and residential quarters” in the eastern county of Kumgang in early April showed symptoms and later tested positive for the coronavirus.

The KCNA said all other fever cases reported in the country until mid-April were due to other diseases, but it did not elaborate.

“It’s hard to believe North Korea’s claim, scientifically speaking, given that the possibility of the virus spreading through objects is quite low,” said Yang Moo-jin, a professor at the University of North Korean Studies in Seoul.

The US Centers for Disease Control and Prevention says the risk of people getting infected with COVID through contact with contaminated surfaces or objects is generally considered low, though it is possible.

The North also said the first two patients touched the unspecified objects in the eastern town in early April, but the first time a defectors’ group is known to have sent balloons across the border this year was in late April from the western Gimpo region. read more

The North’s first admission of a COVID outbreak came months after it eased border lockdowns enforced since early in 2020 to resume freight train operations with China.

But it would have been difficult for Pyongyang to point fingers at China, said Lim Eul-chul, a professor at the Institute for Far Eastern Studies at Kyungnam University.

“If they concluded the virus was from China, they would have had to tighten quarantine measures on the border area in a further setback to North Korea-China trade,” Lim said.

The North has claimed the COVID wave has shown signs of subsiding, although experts suspect under-reporting in the figures released through government-controlled media.

North Korea reported 4,570 more people with fever symptoms on Friday, with the total number of fever patients recorded since late April at 4.74 million.

Pyongyang has been announcing the number of fever patients daily without specifying whether they had contracted COVID, apparently due to a lack of testing kits.