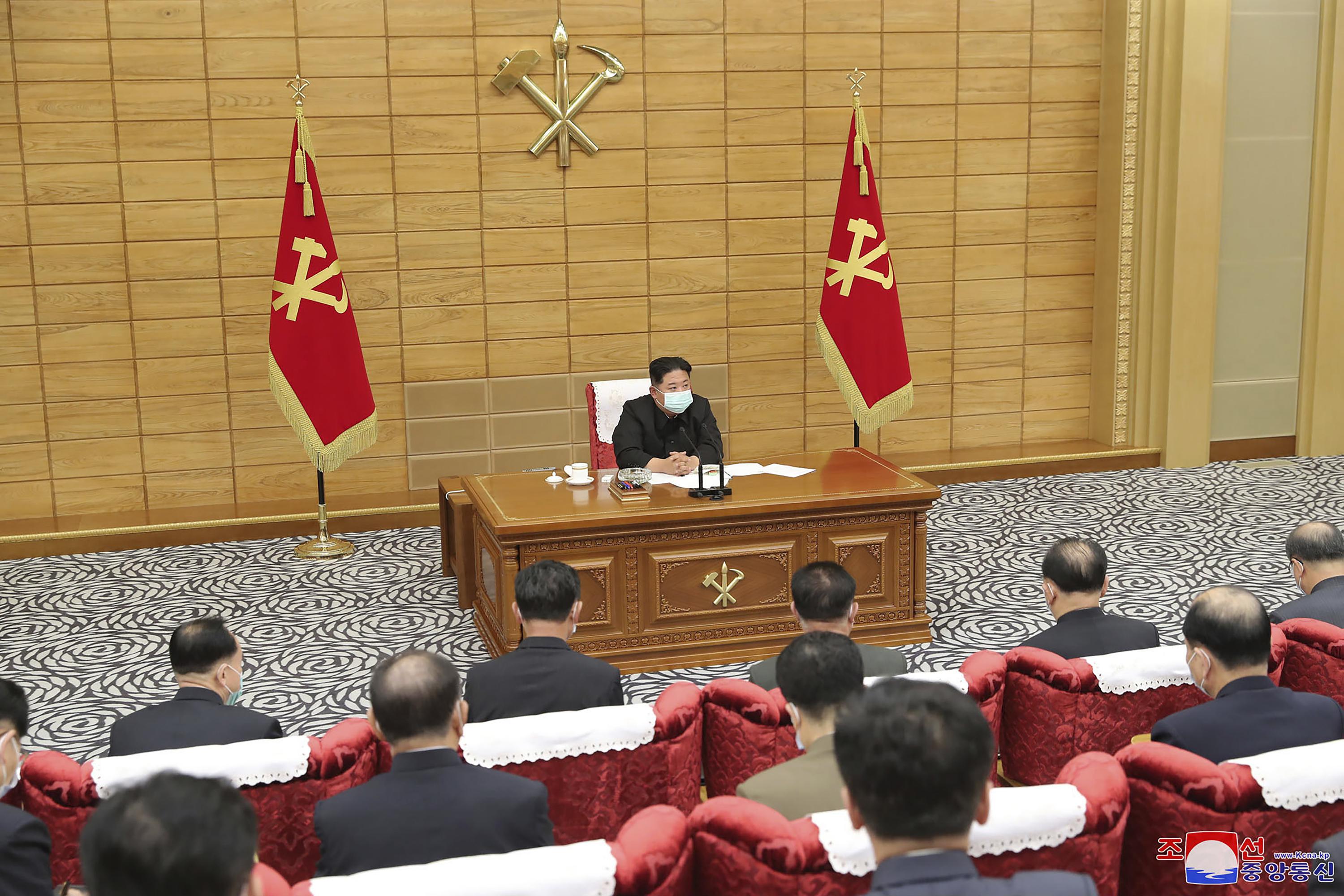 SEOUL, South Korea (AP) – North Korea on Saturday reported 21 new deaths and 174,440 more people with fever symptoms as the country scrambles to slow the spread of COVID-19 across its unvaccinated population.

The new deaths and cases, which were from Friday, increased total numbers to 27 deaths and 524,440 illnesses amid a rapid spread of fever since late April. North Korea said 243,630 people had recovered and 280,810 remained in quarantine. State media did not specify how many of the fever cases and deaths were confirmed as COVID-19 infections.

The country imposed what it described as maximum preventive measures on Thursday after confirming its first COVID-19 cases since the start of the pandemic. It had previously held for more than two years to a widely doubted claim of a perfect record keeping out the virus that has spread to almost every place in the world.

North Korean leader Kim Jong Un during a ruling party Politburo meeting on Saturday described the outbreak as a historically “great upheaval” and called for unity between the government and the people to stabilize the outbreak as quickly as possible.

Officials during the meeting mainly discussed ways to swiftly distribute medical supplies the country has released from its emergency reserves, Pyongyang’s official Korean Central News Agency said. In a report presented to the Politburo, the North’s emergency epidemic office blamed most of the deaths on “mistakes like overmuch taking drugs, bereft of scientific medical treatment.”

Kim, who said he was donating some of his private medicine supplies to help the anti-virus campaign, expressed optimism that the country could bring the outbreak under control, saying most transmissions are occurring within communities that are isolated from one another and not spreading from. region to region.

He called for officials to take lessons from the successful pandemic responses of other nations and picked an example in China, the North’s major ally.

China, however, has been facing pressure to change its so-called “zero-COVID” strategy that has brought major cities to a standstill as it struggles to slow the fast-moving omicron variant.

North Korea since Thursday has imposed steps aimed at restricting the movement of people and supplies between cities and counties, but state media’s descriptions of the measures indicate people aren’t being confined to their homes.

Experts say a failure to control the spread of COVID-19 could have devastating consequences in North Korea, considering the country’s poor health care system and that its 26 million people are largely unvaccinated.

Tests of virus samples collected Sunday from an unspecified number of people with fevers in the country’s capital, Pyongyang, confirmed they were infected with the omicron variant, state media said. The country has so far officially confirmed one death as linked to an omicron infection.

North Korea does not have technological and other resources to impose extreme lockdowns like China, which has shut down entire cities and confined residents to their homes, nor could it afford to do so at the risk of unleashing further shock on a fragile economy, said Hong Min, an analyst at Seoul’s Korea Institute for National Unification.

Even as he called for stronger preventive measures to slow the spread of COVID-19, Kim also stressed that the country’s economic goals should be met, which likely means huge groups will continue to gather at agricultural, industrial and construction sites.

North Korea’s claim of a perfect record in keeping out the virus for 2 1/2 years was widely doubted. But its extremely strict border closure, large-scale quarantines and propaganda that stressed anti-virus controls as a matter of “national existence” may have staved off a huge outbreak until now.

Experts are mixed on whether the North’s announcement of the outbreak communicates a willingness to receive outside help.

The country had shunned millions of doses offered by the UN-backed COVAX distribution program, possibly because of concerns over international monitoring requirements attached to those shots.

North Korea has a higher tolerance for civilian suffering than most other nations and some experts say the country could be willing to accept a certain level of fatalities to gain immunity through infection, rather than receiving vaccines and other outside help.

South Korea’s new conservative government led by President Yoon Suk Yeol, who took office on Tuesday, has offered to send vaccines and other medical supplies to North Korea, but Seoul officials say the North has so far made no request for help. Relations between the rival Koreas have worsened since 2019 following a derailment in nuclear negotiations between Washington and Pyongyang.

However, Kim’s call for his officials to learn from China’s experience indicates that the North could soon request COVID-19-related medicine and testing equipment from China, said analyst Cheong Seong-Chang at South Korea’s Sejong Institute.

Chinese Foreign Ministry spokesman Zhao Lijian said Friday that Beijing was ready to offer North Korea help but said he had no information about any such request being made.

North Korea’s viral spread could have been accelerated after an estimated tens of thousands of civilians and troops gathered for a massive military parade in Pyongyang on April 25, where Kim took center stage and showcased the most powerful missiles of his military nuclear program.

After maintaining one of the world’s strictest border closures for two years to shield its poor health care system, North Korea had reopened railroad freight traffic with China in January apparently to ease the strain on its economy. China confirmed the closure of the route last month as it battled COVID-19 outbreaks in the border areas.

Hours after the North acknowledged its first COVID-19 infections on Thursday, South Korea’s military detected the North test-firing three ballistic missiles in what appeared to be a defiant show of strength.

Kim has been accelerating his weapons demonstrations in 2022, including the country’s first intercontinental ballistic missile in nearly five years. Experts say Kim’s brinkmanship is aimed at forcing Washington to accept the idea of ​​the North as a nuclear power and negotiating a removal of crippling US-led sanctions and other concessions from a stronger position.

South Korean and US officials also say the North is possibly preparing to conduct its first nuclear test since 2017, which they say could happen as early as this month.