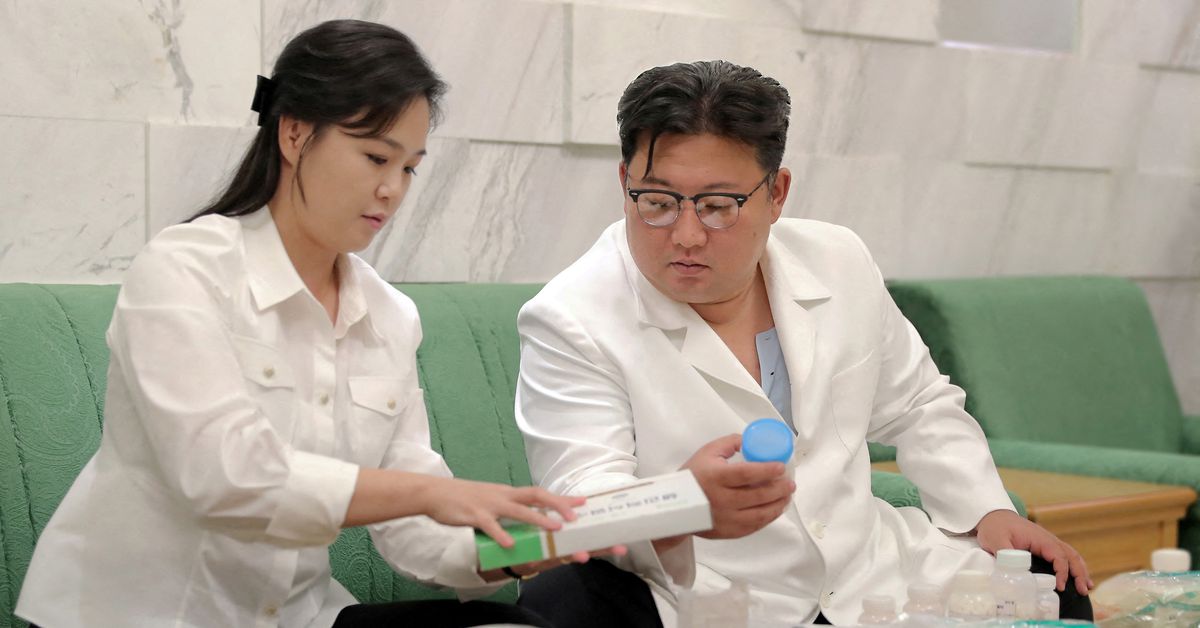 North Korea revealed this week it was facing an “acute enteric epidemic” on top of a weeks-long outbreak of COVID. It did not elaborate what the disease was, but enteric refers to the gastrointestinal tract.

“The officials … prepared medicines, foodstuff and daily necessities needed for the treatment of the epidemic and stable life to render aid to the people in Haeju City and Kangryong County (of South Hwanghae Province),” the Korea Central News Agency (KCNA) said. ) said.

Leader Kim called upon officials “to fulfill their duty in the work for easing the people’s misfortune and sufferings as soon as possible,” it added.

On Thursday, an official at South Korea’s Unification Ministry handling inter-Korean affairs said Seoul is monitoring the outbreak, suspected to be cholera or typhoid.

North Korea has been reporting patient numbers with fever symptoms, rather than confirmed COVID cases, potentially due to a lack of testing ability.

KCNA on Friday reported 23,160 more people with fever symptoms, bringing the total number in the country since late April to above 4.58 million. The death toll linked to the outbreak is at 73.

The North has said more than 99% of fever patients have recovered and that the COVID wave has shown signs of subsiding, but the World Health Organization cast doubts on Pyongyang’s claims earlier this month, saying it believes the situation is getting worse. read more