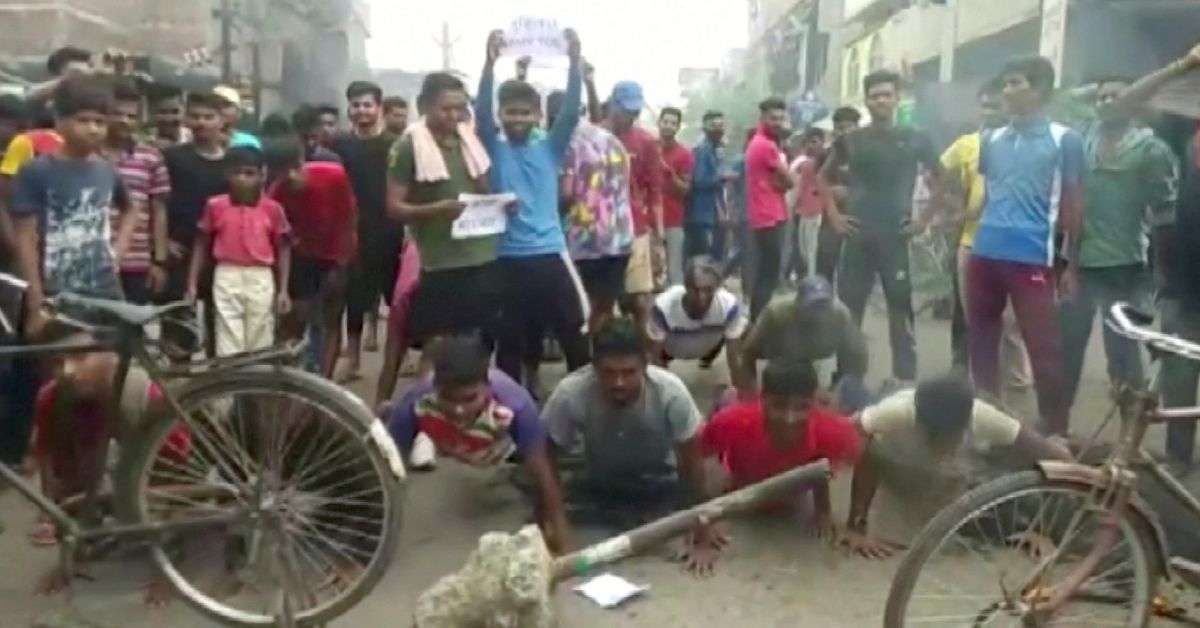 LUCKNOW, India, June 16 (Reuters) – Police in northern India fired shots in the air on Thursday to push back stone-throwing crowds and authorities shut down mobile internet in at least one district to forestall further chaos, as protests widened against a new military recruitment system.

But potential recruits, military veterans, opposition leaders and even some members of Modi’s ruling Bharatiya Janata Party (BJP) have raised reservations over the revamped process.

In northern Haryana state’s Palwal district, some 50 km (31 miles) south of the capital New Delhi, crowds hurled stones at a government official’s house and police protecting the building fired shots to keep the mob at bay, according to video footage from Reuters partner ANI.

“Yes, we have fired a few shots to control the crowd,” a local police official said, declining to be named.

There was no immediate information on casualties.

Mobile internet was temporarily suspended in Palwal district for the next 24 hours, Haryana’s information department said.

Demonstrators perform push-ups as they protest against “Agnipath scheme” for recruiting personnel for armed forces, in Munger, Bihar, India June 16, 2022 in this still image obtained from a handout video. ANI / Handout via REUTERS

Protesters also attacked railway property across Bihar, settling alight coaches in at least two locations, damaging train tracks and vandalizing a station, according to officials and a railways statement.

The new recruitment system, called Agnipath or “path of fire” in Hindi, will bring in men and women between the ages of 17-and-a-half and 21 for a four-year tenure at non-officer ranks, with only a quarter retained for longer periods.

Previously, soldiers have been recruited by the army, navy and air force separately and typically enter service for up to 17 years for the lowest ranks.

The shorter tenure has caused concern among potential recruits.

“Where will we go after working for only four years?” one young man, surrounded by fellow protesters in Bihar’s Jehanabad district, told ANI. “We will be homeless after four years of service. So we have jammed the roads.”

Smoke billowed from burning tires at a crossroads in Jehanabad where protesters shouted slogans and performed push-ups to emphasize their fitness for service.

Varun Gandhi, a BJP lawmaker from Uttar Pradesh, in a letter to India’s defense minister Rajnath Singh on Thursday said that 75% of those recruited under the scheme would become unemployed after four years of service.

“Every year, this number will increase,” Gandhi said, according to a copy of the letter posted by him on social media.