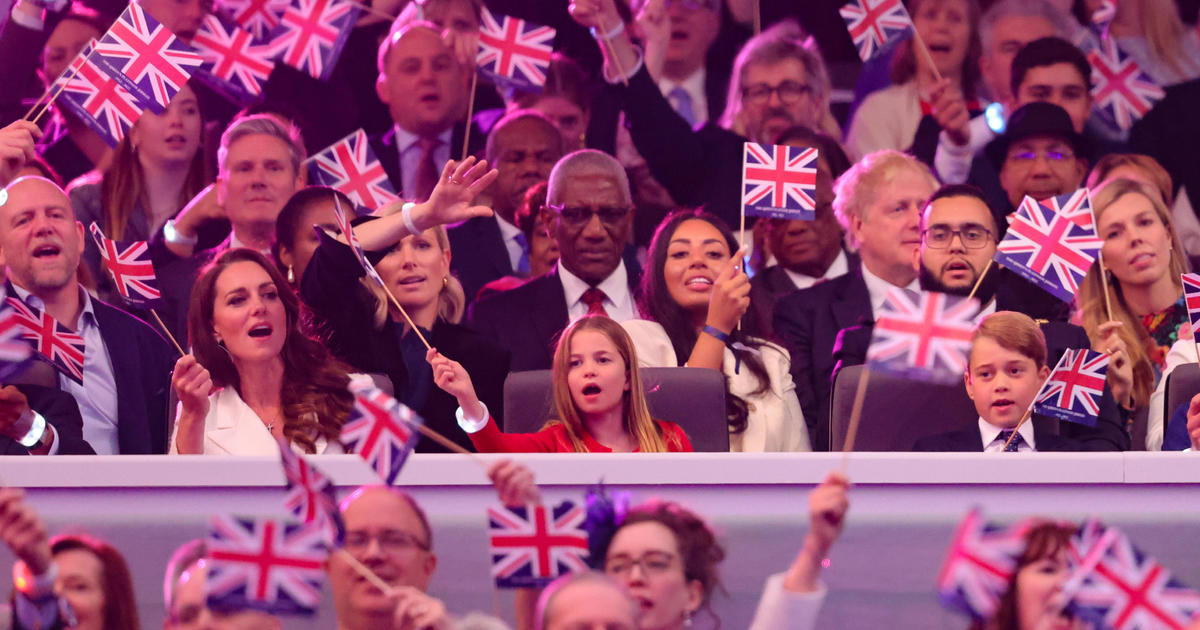 LONDON – Prince Charles and his son Prince William honored the past and looked to the future Saturday as they paid tribute to Queen Elizabeth II at a star-studded concert outside Buckingham Palace celebrating the monarch’s 70 years on the throne.

Diana Ross, rock band Queen, Duran Duran, Alicia Keys and others performed in front of some 22,000 people gathered at the Mall for the open-air “Party at the Palace,” which rounded up the third day of a four-day holiday weekend. dedicated to celebrating the queen’s Platinum Jubilee.

The 96-year-old monarch did not attend the concert, but she delighted the crowds when she appeared in a surprise video recorded with an animated version of another British national treasure: Paddington Bear.

The queen revealed she shared Paddington’s love of marmalade sandwiches in a comedy skit that was shown to open the concert, which culminated in speeches by the monarch’s son and grandson.

Charles opened his short speech by addressing the queen as “Your Majesty, mummy,” then paid tribute to her “lifetime of selfless service.”

The queen’s eldest son and heir recalled the ever-growing list of world leaders Elizabeth has met and the endless stacks of state papers she has reviewed during a reign that has now stretched from the early days of the Cold War to the information age. But he also highlighted his mother’s role as a symbol of stability, unifying the UK and the Commonwealth as they negotiated this rapidly changing world.

“You have met us and talked with us. You laugh and cry with us and, most importantly, you have been there for us, for these 70 years,” Charles said as scenes from the queen’s life were projected on the palace walls. “You pledged to serve your whole life – you continue to deliver. That is why we are here. That is what we celebrate tonight.”

William preceded his father with remarks that underscored the queen’s long-time commitment to the environment as he highlighted the need to combat climate change.

Recalling the queen’s 1989 Christmas message, in which she called on all nations to work together to protect the Earth for “our children and children’s children,” William said: “It’s my firm hope that my grandmother’s words are as true in 70 years’ time. as they are tonight, that as nations we come together in common cause, because then there is always room for hope. “

The queen has not attended any of the festivities since Thursday due to what the palace describes as “episodic mobility issues.” But her absence at the concert didn’t dampen the party atmosphere among the crowds.

“It’s a magical experience … (This is) never again going to happen in our lifetime, and it’s just absolutely incredible to be a part of this,” said Sam Ahcquoim, from Cornwall in southwestern England. “I’ve been really, really excited and just can’t wait to get in there now and start dancing.”

The sovereign also opted not to attend the Epsom Derby on Saturday. Instead, she was represented at the prestigious annual horse race by her daughter, Princess Anne, who appeared in the royal box with her family as crowds cheered.

The queen is widely known as an avid horse lover, and she has only missed the Epsom Derby a handful of times. On Saturday, five of her former racehorses were paraded, and 40 jockeys who have ridden for the queen formed a guard of honor before the national anthem was played.

“She’s been breeding horses for over 60 years. She knows all the blood lines and she’s won lots of races and she’s very knowledgeable,” Frankie Dettori, who lined up part of the course with fellow jockeys, told the BBC.

“I’m sure today she’ll find a TV and she’s going to watch it live, because she loves the Derby so much,” he added.

It was the second time in as many days that the queen’s mobility issues have robbed crowds of a chance to see her.

On Friday, the queen skipped a special service of Thanksgiving in her honor at St. Paul’s Cathedral in London. Palace officials said she had experienced “some discomfort” at events the day before.

Prince Harry and his wife, Meghan, were among nearly 50 members of the royal family who gathered to honor the absent head of state. It was the couple’s first public appearance in the UK since they stepped back from royal duties and moved to California two years ago.

In another sign of thawing relations, royal accounts on Twitter wished Harry and Meghan’s daughter Lilibet, a happy first birthday. Lilibet turned one on Saturday. She and her older brother, Archie, have not yet made an appearance during this trip.

Meanwhile, other members of the royal family traveled to Wales and Northern Ireland as part of celebrations across the UK

William and his wife Kate brought two of their three children – 8-year-old Prince George and 7-year-old Princess Charlotte – to Cardiff Castle in Wales before a separate concert in the castle grounds in honor of the queen.