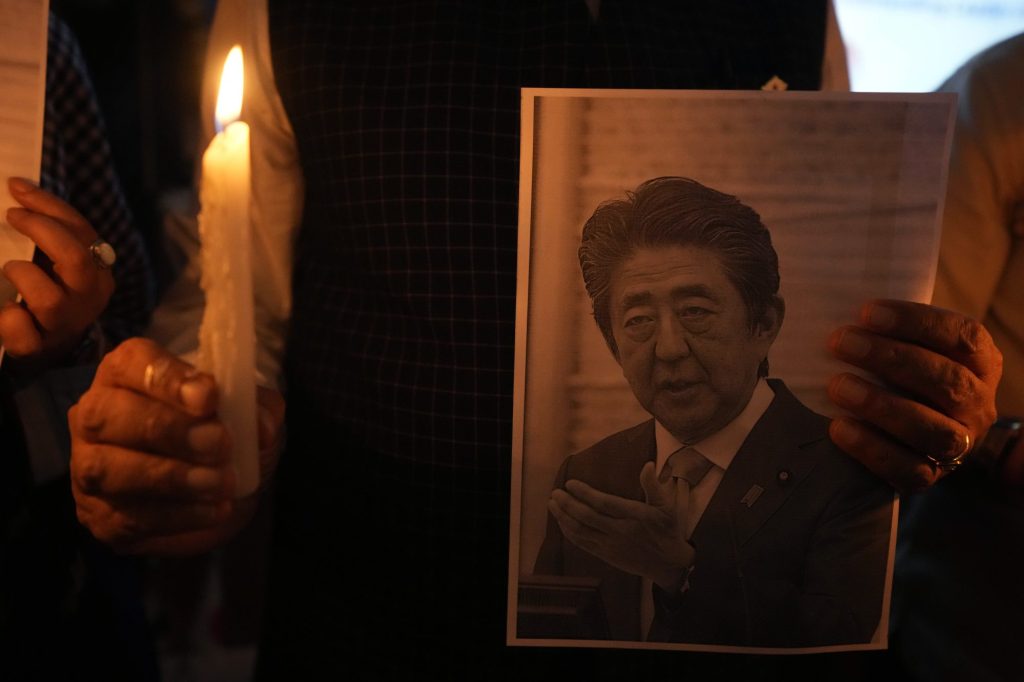 Slain former Japanese Prime Minister Shinzo Abe will be laid to rest at a Tuesday funeral attended by close friends and family, according to media reports.

Prior to the funeral, a vigil is scheduled for Monday night, but officials in Japan have not released any plans for a public memorial service for the country’s longest serving prime minister.

Abe’s body returned home Saturday, driven by motorcade from the city of Nara, where an assassin gunned down the former leader as he delivered a campaign speech.

Police arrested the suspected 41-year-old assassin, who blasted Abe with a homemade weapon in a rare instance of gun violence in the country that has strict gun-control laws.

The suspect, Tetsuya Yamagami, is believed to have been motivated by hatred for an unnamed religious group, who he accused Abe of promoting, according to local reports.

Yamagami, 41, told police he initially planned to attack the leader of the religious group because his mother had donated money to them, causing her to go bankrupt, the Kyodo news agency reported, citing sources.

Police are investigating whether he acted alone.

The police chief of Nara, meanwhile, acknowledged security shortcomings that allowed the gunman to walk up to Abe and fatally blast him with the homemade shotgun-like weapon.

“After the first report of the incident came at 11:30 am, and the situation was revealed, it was the height of the guilt and regret I’ve felt in my 27 years in law enforcement,” Nara Prefectural Police Chief Tomoaki Onizuka told reporters in a Saturday news conference, CNN reported.

Video footage of the assassination shows the gunman walk up behind Abe, fire a shot, then fatally shoot the former prime minister seconds later.

“I feel the weight of my responsibility,” Onizuka said at the press conference. “We can’t deny that there were problems with the security plan given how things ended.”