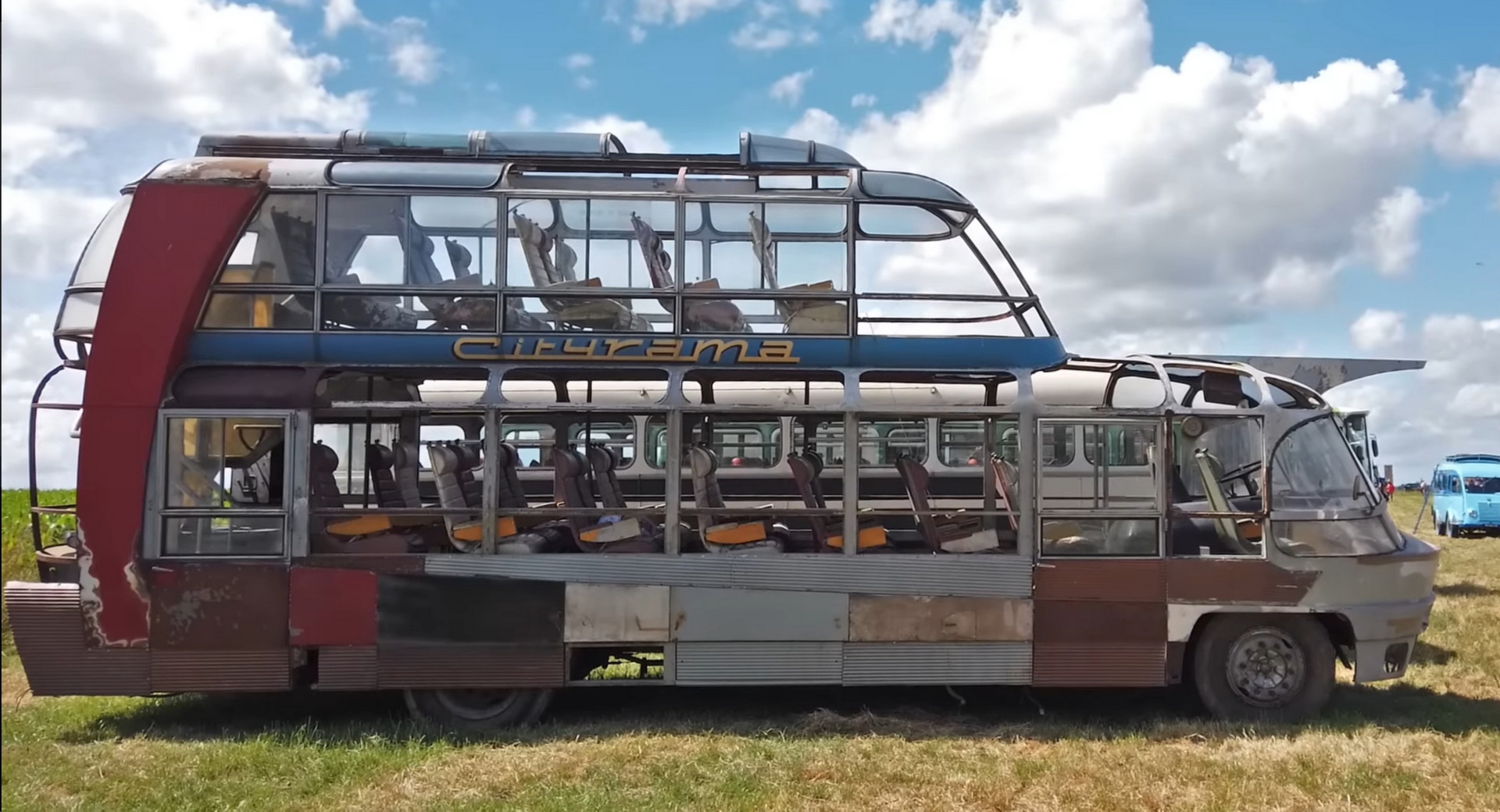 Back in the 1950s, Cityrama was trying to make a name for itself as a tourism company in Paris. In order to give the best tours possible and craft a unique look for itself, the company commissioned a coachbuilder to make a series of fabulously jet-aged tour buses.

Cityrama thus bought a handful of Citroën 55s and handed them over to Currus, a local coachbuilder. The design brief asked for a double-decker bus that used as much glass as possible, and looked like nothing else on the road. And, indeed, the results were spectacular.

As YouTube’s The Tim Traveler reported in a video posted in March (immediately below), the buses were an instant hit. They turned Cityrama into one of Paris’s biggest tourism companies and ran until the last one was decommissioned in the early ’80s. With just a handful ever made, though, time has not been kind to these buses.

Read Also: Your Classic 1937 Party Bus Has Arrived, And It’s A National Treasure

It was feared that all had been lost to the sands of time. Fortunately, however, the video above was responded to, and now the (allegedly) last 1956 Cityrama Currus Citroën 55 in existence has been found.

It’s in pretty rough shape with most of the glass missing, extensive rusting throughout the body, and other issues besides. The good news is, though, that the engine runs and the bus was driven out of its secret storage location to be shown off at a car show in France (as well as the Le Mans classic weekend) this summer that was attended by the host of The Tim Traveler.

The news gets even better than that, because not only was the channel able to take a tour of the bus, it also spoke to the man who will be running the restoration of this spectacular vehicle.

Philippe Debasly of Normandy Classics says that the restoration will involve tearing the bus down completely, sandblasting it, and rebuilding any structures that were too rotten to be saved. The bodywork will then be attended to, the mechanicals rebuilt, and the interior put back in order.

In all, Debasly says the restoration process will take around four years and is being funded by the Association Normande d’Anciens Utilitaires, a group of classic vehicle enthusiasts with a focus on utilitarian vehicles who now owns the vehicle. If this story of rediscovery has inspired you, they would be only too happy to accept donations from enthusiasts around the world to help fund the restoration that looks like it will be pretty expensive.