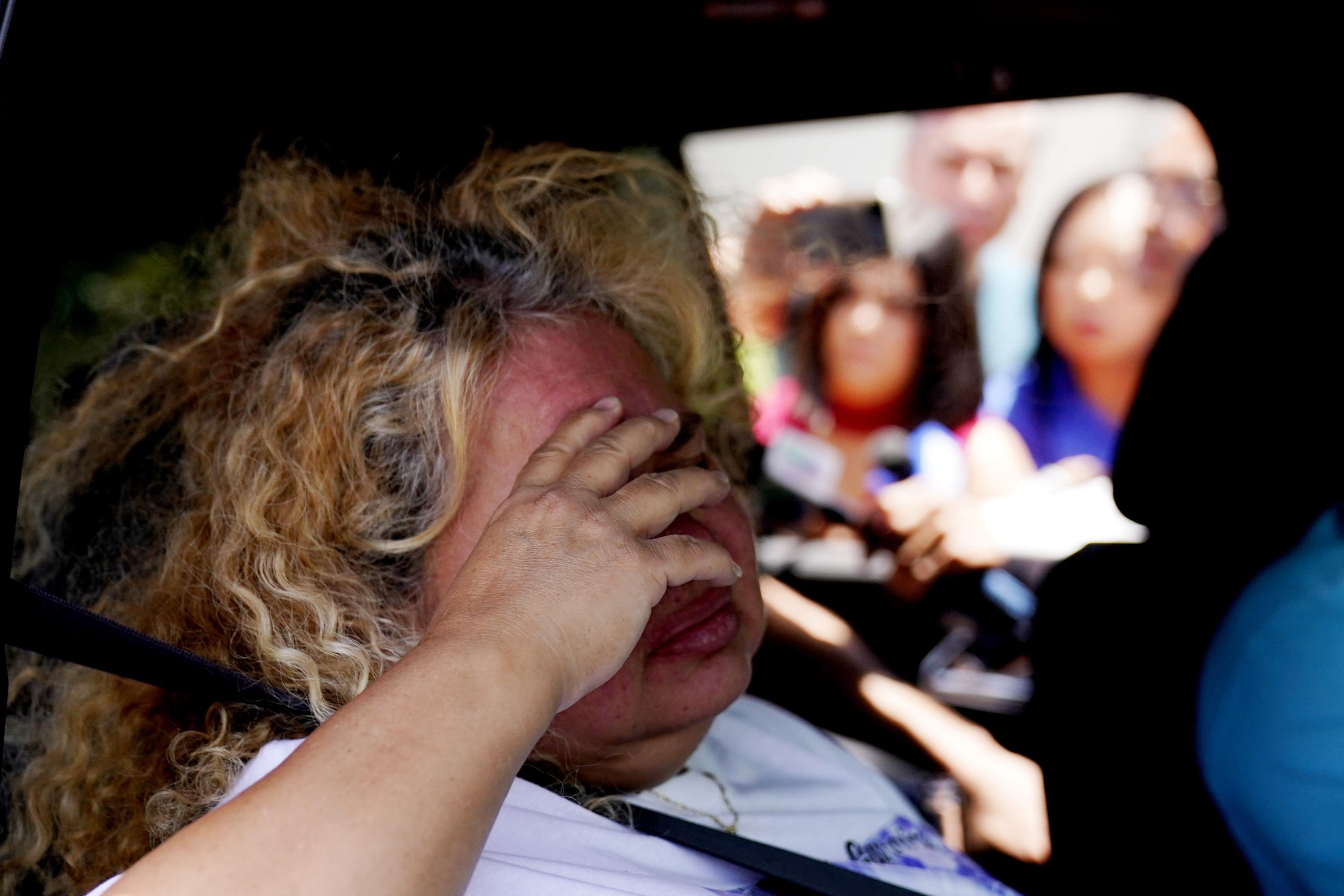 UVALDE, Texas (AP) — Nearly 400 law enforcement officials rushed to a mass shooting at a Uvalde elementary school, but “egregiously poor decision-making” resulted in more than an hour of chaos before the gunman who took 21 lives was finally confronted and killed, according to a damning investigative report released Sunday.

The nearly 80-page report was the first to criticize both state and federal law enforcement, and not just local authorities in the South Texas town for the bewildering inaction. by heavily armed officers as a gunman fired inside two fourth-grade classrooms at Robb Elementary School, killing 19 students and two teachers.

Altogether, the report amounted to the fullest account to date of one of the worst school shootings in US history. But it did not satisfy all parents and relatives of the victims, some of whom blasted the police as cowards and called for them to resign.

“At Robb Elementary, law enforcement responders failed to adhere to their active shooter training, and they failed to prioritize saving innocent lives over their own safety,” the report said.

The gunman fired approximately 142 rounds inside the building — and it is “almost certain” that at least 100 shots came before any officer entered, according to the report, which laid out in detail numerous failures. Among them:

— No one assumed command despite scores of officers being on the scene.

— The commander of a Border Patrol tactical team waited for a bullet-proof shield and working master key for the classroom, which may not have even been needed, before entering the classroom.

— A Uvalde Police Department officer said he heard about 911 calls that had come from inside the classroom, and that his understanding was the officers on one side of the building knew there were victims trapped inside. Still, no one tried to breach the classroom.

The report — the most complete account yet of the hesitant and haphazard response to the May 24 massacre — was written by an investigative committee from the Texas House of Representatives. Swiftly, the findings set in motion at least one fallout: Lt. Mariano Pargas, a Uvalde Police Department officer who was the city’s acting police chief during the massacre, was placed on administrative leave.

Uvalde Mayor Don McLaughlin said an investigation would be launched to determine whether Pargas should have taken command of the scene. McLaughlin also said the city would now release all body camera footage from Uvalde police that was taken during the shooting.

McLaughlin said “a couple, maybe three” officers have left the force since the shooting, and that suicides are “a big concern.”

Family members of the victims in Uvalde received copies of the report Sunday before it was released to the public.

“It’s a joke. They’re a joke. They’ve got no business wearing a badge. None of them do,” Vincent Salazar, grandfather of 11-year-old Layla Salazar, who was among those killed, said Sunday.

Only the families of the victims were invited to meet with committee members before a news conference with the media following the public release of the report.

Tina Quintanilla-Taylor, whose daughter survived the shooting, shouted at the committee members as they left the news conference, saying that they should have taken questions from the community, not just reporters. “I’m pissed. They need to come back and give us their undivided attention,” she said later.

“These leaders are not leaders,” she said.

According to the report, 376 law enforcement officers massed at the school. The overwhelming majority of those who responded were federal and state law enforcement. That included nearly 150 US Border Patrol agents and 91 state police officials.

“Other than the attacker, the committee did not find any ‘villains’ in the course of its investigation,” the report said. “There is no one to whom we can attribute malice or ill motives. Instead, we found systemic failures and egregiously poor decision making.”

The report noted that many of the hundreds of law enforcement responders who rushed to the school were better trained and equipped than the school district police — which the head of the Texas Department of Public Safety, the state police force, previously faulted for not going into. the room soon.

Investigators said it was not their job to determine whether officers should be held accountable, saying that decisions rest with each law enforcement agency. Prior to Sunday, only one of the hundreds of officers on the scene — Pete Arredondo, the Uvalde school district police chief — was known to have been on leave.

“Everyone who came on the scene talked about this being chaotic,” said Texas state Rep. Dustin Burrows, a Republican who led the investigation.

Officials with the Texas Department of Public Safety and US Border Patrol did not immediately return requests for comment Sunday.

The report followed weeks of closed-door interviews with more than 40 people, including witnesses and law enforcement who were on the scene of the shooting.

No single officer has received as much scrutiny since the shooting as Arredondo, who also resigned from his newly appointed seat on the City Council after the shooting. Arredondo told the committee he treated the shooter as “barricaded subject,” according to the report, and defended never treating the scene as an active-shooter situation because he did not have visual contact with the gunman.

Arredondo also tried to find a key for the classrooms, but no one ever bothered to see if the doors were locked, according to the report.

“Arredondo’s search for a key consumed his attention and wasted precious time, delaying the breach of the classrooms,” the report read.

The report criticized as “lackadaisical” the approach of the hundreds of officers who surrounded the school and said that they should have recognized that Arredondo remaining in the school without reliable communication was “inconsistent” with him being the scene commander. The report concluded that some officers waited because they relied on bad information while others “had enough information to know better.”

A nearly 80-minute hallway surveillance video released Sunday showed for the first time a hesitant and haphazard tactical response, which the head of Texas’ state police has condemned as a failure and some Uvalde residents have blasted as cowardly.

Calls for police accountability have grown in Uvalde since the shooting.

The report is the result of one of several investigations into the shooting, including another led by the Justice Department. A report earlier this month by tactical experts at Texas State University alleged that a Uvalde police officer had a chance to stop the gunman before he went inside the school armed with an AR-15.

But in an example of the conflicting statements and disputed accounts since the shooting, McLaughlin has said that never happened.. That report had been done at the request of the Texas Department of Public Safety, which McLaughlin has increasingly criticized and accused of trying to minimize the role of its troopers during the massacre.

Steve McCraw, the head of Texas DPS, has called the police response an abject failure.

The committee did not “receive medical evidence” to show that police breaching the classroom sooner would have saved lives, but it concluded that “it is plausible that some victims could have survived if they had not had to wait 73 additional minutes for rescue.” “

Michael Brown, whose 9-year-old son was in the cafeteria at Robb Elementary on the day of the shooting and survived, came to the committee’s news conference Sunday carrying signs saying “We Want Accountability” and “Prosecute Pete Arredondo.”

Brown said he has not yet read the report but already knows enough to say that the police “have blood on their hands.”